In January of this year, Ishpeming police were on the lookout for Todd Raymond Mills, aka Todd Wentworth, in connection with operating a meth lab. In a January news article at Upper Michigan’s Source, police described the suspect as armed and dangerous, saying that Mills intended to “commit suicide by cop” and hurt people who had hurt him. Police also indicated that Mills had been recently released from prison after spending 10 years for a violent crime he committed. 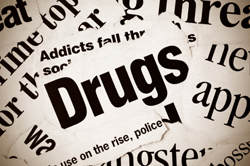 Two days after the news article was printed, police arrested Mills after finding him in a vehicle in Ishpeming; he was then lodged at the Marquette County Jail. Mills, who is 31 years old, pleaded guilty to conspiracy to operate a meth lab due to mental illness. Scheduled for an August sentencing hearing, it was postponed when the defendant’s attorney requested time so that Mills’ family members could submit letters to the court in an effort to keep his client out of prison, and possibly serve time in jail instead. Mills told Judge Thomas Solka that he wanted to better himself and get his life back on track, but that he could not accomplish those things if he had no way to do it. The judge responded by telling Mills that treatment would be determined at the time of sentencing.

Mills’ sentencing hearing was rescheduled for September 11. At that time, he was sentenced to seven to 20 years in prison.

Michigan drug crime attorneys know that under certain circumstances, some defendants may be eligible for alternative sentencing options such as drug courts, completion of an addiction program, 7411 sentencing, and more. However, these alternatives do not apply in every situation.

In cases involving the manufacture of methamphetamine, heroin, cocaine and other serious Schedule 1 or Schedule 2 drugs or narcotics, the criminal penalties are extremely serious for those convicted. Depending on the type and amount of illicit drug involved, individuals may face penalties which include years or even life in prison, along with substantial fines. The damage to a person’s reputation and future is perhaps the worst punishment of all.

Anyone who has been accused of operating a meth lab, distributing or trafficking heroin or cocaine, or even marijuana possession should consult with a skilled and capable Michigan drug crime lawyer right away.