Steven Stewart, a former Stanton resident, was sentenced to up to 50 years in prison in June of 2011 for planting an acid explosive which allegedly maimed his ex-girlfriend’s new boyfriend. The attack occurred in September of 2008; the judge in the case, Montcalm County Circuit Judge Suzanne Hoseth Kreeger, exceeded the recommendation in state sentencing guidelines of a maximum of almost 19 years, opting instead to sentence Stewart to up to 50 years. The judge exceeded maximum sentencing due to the extent of injury suffered by the victim, Derek Lehman, and the uncertainty of the chemical used in making the explosive. 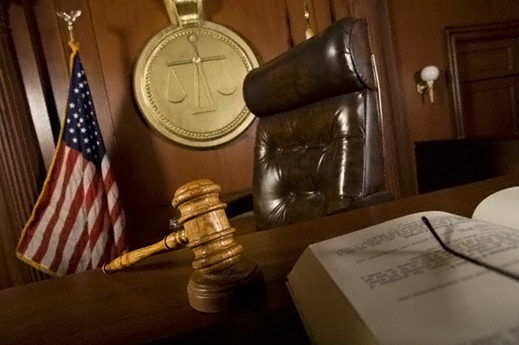 According to a news article at the Stanton Daily News, Lehman suffered permanent loss of eyesight in his right eye, and severe burns to his left arm as a result of the attack. Stewart was allegedly jealous of his ex-girlfriend’s relationship with Lehman, and built a chemical bomb, placing it in a wooden box in Lehman’s driveway at his home in Eureka Township. Upon opening the box, a mixture said to contain sulfuric acid exploded onto Lehman’s face and body.

Stewart argued in his appeal that Judge Kreeger abused her power when she failed to clearly express her reasons for departing substantially from state sentencing guidelines. Ultimately, the appeals court upheld Stewart’s conviction, but vacated sentencing finding that the trial court did abuse its discretion in sentencing Stewart.

Kreeger argued that she imposed the increased sentence based
on several facts including the pain and suffering the victim, his girlfriend, and both families suffered, and his loss of eyesight; the fact that the crime took place on September 11, and that because it took place on that date, the Spectrum Health United Hospital in Greenville went into disaster mode and shut down.

Ultimately, the Michigan appeals court agreed with one of the four reasons given by Judge Kreeger, the fact that the hospital was shut down. However, they did not agree with the other three, saying that although the crime did occur on September 11, there was no factual determination made by the trial court indicating that Stewart intentionally attempted to make a statement regarding terrorism in his decision to have the explosion occur on that date. Among other reasons, the appeals court stated that the trial court erred by not articulating reasons for the extent of the departure and failure to explain why the sentence handed down by the judge was more proportionate than that within the sentencing guidelines range.

On August 15, the Court of Appeals released an opinion vacating Stewart’s sentence and remanding the case back to court for resentencing, however the court did uphold his conviction.

Individuals who have been wrongly convicted or sentenced far outside of sentencing guidelines set forth by the state must consult with a skilled and experienced Michigan criminal appeals attorney. Because you have been convicted or harshly sentenced does not necessarily mean you have exhausted all of your options.