Deborah Salmon, a 48-year-old former Kentwood Parks and Recreation clerk, recently pleaded guilty to stealing more than $100,000 from the city. Salmon pleaded guilty to embezzlement; city officials suspect that she may have stolen up to $300,000 from programs designed for seniors, children, and upkeep of the city’s parks.

According to a news article at Mlive.com, Salmon may spend a minimum of one year in jail when sentenced. Employed with the city for approximately 15 years, part of Salmon’s duties included making bank deposits for the city. Recently, a new financial tracking system was implemented by the city; it was shortly thereafter that indications of corruption in department records came to light.

After conducting an audit of records from March of 2010 to March of this year, it appeared that over $130,000 did not make it to the bank when documentation submitted to Salmon’s supervisor regarding deposit slips was reviewed. City leaders claim that ongoing investigations indicate additional money was taken.

Investigators suspect that Salmon had substantial personal debts, and that the city funds transferred to her personal bank accounts was to be used to pay these debts. Salmon was placed on administrative leave in March, and subsequently terminated. She pleaded guilty to embezzlement charges on Monday, September 23. While the maximum penalty for the embezzlement charge is 20 years, prosecutors requested Salmon be sentenced to 12 to 20 months at her November 7 sentencing hearing. 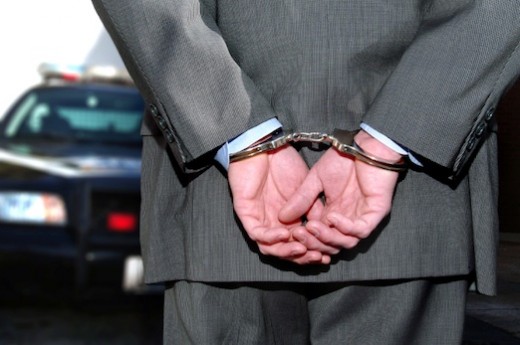 Michigan embezzlement attorneys know the criminal penalties set forth for a conviction are severe; in this case, penalties for embezzling more than $100,000 in property or money is a felony offense, punishable by fines of up to $50,000 or three times the value of the property/money, whichever is greater, along with up to 20 years in prison.

Financial or “white collar” crimes are often times punished as severely as serious or violent crimes. If you have been accused of embezzling, fraud, or any financial related offense, consult with a capable and skilled Michigan criminal defense lawyer immediately.