James Henry McPherson, a 30-year-old Ypsilanti man, was charged with arson on Friday, August 16, in connection with allegedly setting a construction crane on fire. The crane was being used to help rebuild the Ford Boulevard Bridge, according to a news article at AnnArbor.com. 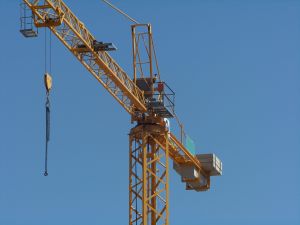 When firefighters arrived at the scene just after 9 p.m. on Wednesday, flames were jumping as high as 20 feet in the air according to Ypsilanti Township fire Lt. Keith Harr. Harr said that the damage to the crane which is believed to have originally been worth approximately $1 million, was significant.

McPherson was charged in the 14A-1 District Court, and arraigned on charges of arson, malicious destruction of property between $1,000 and $20,000, and third-degree arson of property more than $20,000. Sgt. Geoff Fox of the Washtenaw County Sheriff’s Office said it is believed that the suspect sneaked onto the job site, then set the crane on fire after somehow opening the fuel compartment. It is also believed McPherson slashed tires on some of the vehicles at the job site.

McPherson was apprehended as he walked near the job site a short time later, and according to Fox was “highly intoxicated.”

The criminal penalties for a violent or malicious crime such as arson are extremely harsh in the state of Michigan. If convicted of the charges against him, McPherson may face substantial fines and up to 10 years in prison. Individuals who commit arson which results in serious injury or death to another person or persons may face even more serious consequences.

If you have been accused of arson or are under investigation, take action to protect your legal rights and freedom at once. Contact a qualified Michigan criminal defense attorney who will thoroughly investigate your case and take the appropriate legal action to protect your future. Without a capable lawyer, your career, freedom, and reputation are at risk.