At his sentencing hearing on August 15, 21-year-old Willie Lee-Wilson Williams apparently had no reaction when sentenced to between 80 and 160 years in prison for the attempted murder of a female corrections officer in 2012, according to a news article at Mlive.com. Williams allegedly attempted to murder Jaclynn Rodriguez who worked for the Kent County Sheriff’s Department on September 14 of 2012. 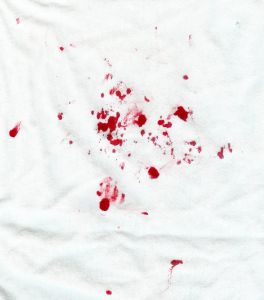 Williams was sentenced to 30 to 60 years for four armed robberies, and 50 to 100 years for the attempted murder of Rodriguez. At his sentencing hearing, Kent County Judge Mark Trusock told Williams that he had “no moral compass,” and that he should not be allowed to live in society.

The defendant was incarcerated in the Kent County Jail awaiting trial on four charges of robbery when the alleged attack took place. According to news reports, jurors watched a video that revealed Williams knocking Rodriguez to the ground. Over the course of the assault, the defendant strangled the female corrections officer three times. Rodriguez said in court that she was “ready for death” if it could bring an end to the suffering she was enduring at Williams’ hands. The altercation eventually ended when other inmates at the facility came to Rodriguez’s rescue.

Williams will be 101 years old before he is eligible for parole; Judge Trusock stated he had never seen a criminal record as bad as the defendant’s in his 28-year career as a lawyer and judge. The 21-year-old defendant’s record includes nine life offenses of the total 19 felony convictions.

All Michigan criminal defense attorneys would agree that this young man appears to have a penchant for committing crimes. Still, there are countless individuals who are wrongly convicted every day for crimes they did not commit.

Whether you have been accused of attempted murder, burglary, drug possession or any criminal offense, it is critical that you obtain the services of a skilled and capable Michigan criminal defense lawyer right away.