In January of this year, 54-year-old Joyce Renee Phillips was sentenced to nine to 15 years in prison for killing Michael Richardson in 2004. Phillips allegedly believed that by pleading guilty to the charge in December of 2012, her sentence would be reduced to 4 1/2 years based on what her attorney told her. At a hearing on Friday September 13, Kent County Circuit Court Judge Paul Sullivan denied Phillips’ request for re-sentencing, and kept the nine to 15 year sentence in place. Phillips also claims that her lawyer never requested the judge consider the low end of the state sentencing guidelines when deciding the sentence she would face. 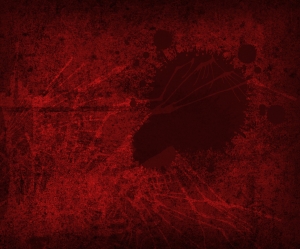 In 2004, Phillips and the victim became involved in an altercation at the residence where Phillips lived; the two had a long history of domestic violence, which news reports indicate was fueled by alcohol and drugs. Phillips does not deny that she shot the gun she retrieved from one of the children’s rooms, however she denies that she intended to kill Richardson.

Appellate attorney Susan Walsh argued that her client only agreed to plead guilty to manslaughter after her children mislead police, in an effort to protect them from possible prosecution. She also argued that Fred Johnson, Phillips’ attorney at trial, failed to request the judge sentence his client at the low end of Michigan’s state sentencing guidelines. Phillips believed that in pleading guilty, she would spend less than five years behind bars. Walsh concluded that because of this, Phillips had ineffective counsel.

35-year-old Tanoya Phillips, Joyce Phillips’ daughter, testified under oath that she did not know of any gun-related incidents or shootings between her mother and the victim; she pleaded guilty to perjury and was sentenced to one year in jail along with other penalties in March of this year.

Michigan criminal defense lawyers know that there are many times clients are not clear regarding what their attorneys tell them about the potential sentence they will face. In fact, the judge in the above case said that he has seen this many times in his 25 years on the bench. He went on to say that in nearly all cases, prosecutors request the high end sentencing, while defense lawyers request the minimum sentence according to state sentencing guidelines.

What this case really demonstrates is the importance of a client and attorney having a close, understanding relationship. It is critical that criminal defense lawyers make absolutely certain the client clearly understands potential sentencing, and what is at stake at every stage of the process.

If you have been accused of manslaughter or any serious or violent offense, contact a skilled Michigan criminal defense attorney at once.