In May of this year, a Brookfield, Illinois woman was pulled over by police in Riverside after the officer had observed her speeding. Erin James was stopped by the officer at approximately 2 a.m., suspected of driving under the influence. James, who is 58 years old, failed multiple field sobriety tests according to Nbcnews.com, and was taken into custody. 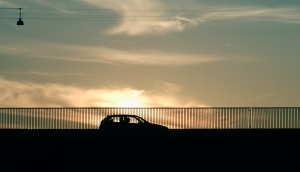 Once at the Riverside Police Department, a breath sample was taken from the suspect; her BAC was found to be 0.155. This is almost twice Illinois’ legal limit of 0.08%.

James was arrested for DUI in 2012, and had her license suspended as a result. While being processed at the police station, James admitted that she would soon be getting her driver’s license back, and that her reason for drinking was that she was celebrating the fact.

James apparently had an ignition interlock device on her own car, and was driving a vehicle that did not belong to her in order to avoid the device. She had been at a Forest Park bar celebrating the fact that she would soon have her driver’s license restored prior to being pulled over for speeding. While the news article didn’t say, it’s highly likely James was again charged with DUI, which means her license will again be suspended or perhaps even revoked.

In Michigan, the process of having a drivers license restored is one that is complex, and requires the support and guidance of a skilled drivers license restoration attorney. An individual’s license may be suspended or revoked depending on the situation, how many times the person’s license has been suspended previously, etc. Refusing the breath test, driving under the influence of alcohol or drugs, reckless driving, engaging in illegal drug activity – all of these things can result in an individual’s driving privilege being taken away.

Driving is not a luxury in the U.S., it’s a necessity, one that many of us take for granted until the privilege is taken away. If your driver’s license has been suspended or revoked for any reason, the first step you must take is to speak with a capable Michigan drivers license restoration lawyer who has a positive track record for winning back clients’ rights to drive.