Last month, a couple was involved in a crash in Grand Rapids Township which resulted in their deaths. 20-year-old Andrea Herrera and her boyfriend, 23-year-old Eric Fischer, were killed in a collision involving 27-year-old Joseph Jay Ford, who authorities say was drunk at the time. Last week witnesses to the crash testified at the second probable cause hearing in Kent County District Court. 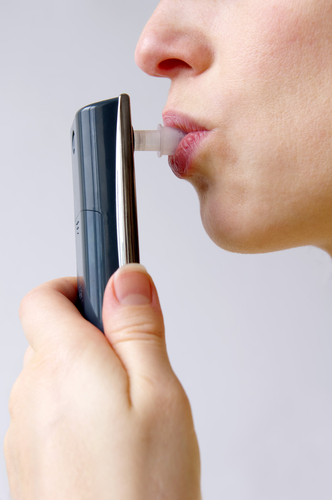 Those who witnessed the accident include an emergency rescue worker and two individuals who were on their way to work. The accident occurred at approximately 10 p.m. on October 10, according to a news article at Mlive.com.

One of the witnesses, Maurissa Bracken, stated that as she was heading into work she witnessed a car heading north on Patterson. The vehicle ran the stoplight, slamming into the victims’ car which was proceeding through the green left turn signal. Another witness, AeroMed flight nurse Rita Sears, testified that she was riding with co-workers when they came upon the accident. Sears called 911 after seeing two people severely injured inside a Mazda. She also noticed a blood-covered man sitting in the grass nearby, who she said muttered, “Why did they pull out in front of me?” when she went to speak to him. Sears said that she could not identify the man sitting in the grass when asked by prosecutors.

Ford was driving a Charger, which struck the victims’ Mazda and caused the vehicle to be shoved into a semi-truck in the eastbound lane as it was attempting to make a left turn onto Patterson Road. Ford admitted that he was drinking prior to the crash according to an affidavit in court records.

Doctors determined that Ford was intoxicated at the time of the crash. Initially, Ford’s defense attorney Mark Dodge did not want to question doctors regarding their findings; he had agreed to stipulate to the reports showing his client’s blood tests. On Friday, Dodge decided that he would prefer to hear testimony from the medical personnel in regards to Ford’s blood alcohol level.

Ford is required to wear an electronic tether until his trial for BAC monitoring purposes, and is free on a $50,000 bond.

Michigan criminal defense lawyers know the seriousness of this type of charge. If convicted, Ford could face up to 15 years in prison depending on factors including criminal history. As with any criminal case, prosecutors have the burden of proving the defendant’s guilt.

If you have been charged with DUI causing death or any serious criminal offense, you must take action immediately to protect your freedom and legal rights. In most cases, charges are filed quickly; it is in the early stages when it is most critical to obtain the legal support of a talented and aggressive Michigan criminal defense attorney.