Last month, an Otsego woman was arrested after it was suspected by U.S. postal inspectors that she was dealing methamphetamine through the mail. Magdalena Stevenson was arrested and facing federal charges after the U.S. Postal Inspection Service discovered a suspicious package which had been mailed from Vallejo, CA at the Grand Rapids Priority Mail Center. The package was on its way to an Otsego post office box, according to news reports at Mlive.com. 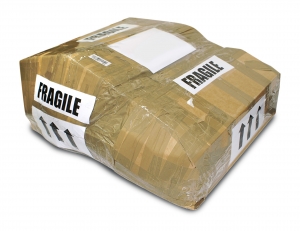 Upon the discovery, members of the West Michigan Enforcement Team and postal inspectors conducted a controlled delivery of the package to the Otsego post office in an effort to catch Stevenson, who arrived at the post office on the afternoon of October 9 to pick up the package. She was arrested by officers who were waiting for her as she exited the facility.

Now, approximately one month later, the charges against Stevenson have been dismissed according to documents filed in U.S. District Court in Grand Rapids on October 29. While the investigation is ongoing, Detroit U.S. Postal Inspector Wylie Christopher said that he had no comment on the charges being dismissed against Stevenson.

A conviction for meth possession with intent to deliver may leave an individual facing up to 20 years in prison, depending on the facts of the case. In most cases, federal charges result in even more serious punishment for the individual. While it has not been revealed what led to the charges being dismissed against Stevenson, no doubt she has escaped serious consequences for the time being.

If you or someone you know has been arrested or charged with drug possession or manufacturing/distributing methamphetamines, marijuana, cocaine, or other illegal drugs or narcotics, it is essential that you speak with a highly qualified Michigan drug crime defense attorney right away.