Elizabeth Campbell, a 42-year-old former Portage City Councilwoman, has been ordered to stand trial on charges of embezzlement in connection with money she allegedly stole from the Portage Rotary Club’s coffers beginning in January of 2010, according to news articles. Campbell has been charged with a single count of embezzling more than $20,000 but less than $50,000. 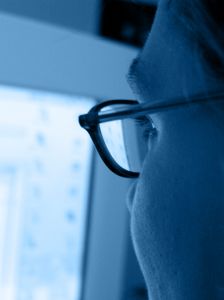 Campbell is believed to have embezzled the money after she began having financial difficulties; news reports indicate she had racked up more than $50,000 on credit cards, and was behind on bills.

Lead investigator in the case Detective Randy Dylhoff said in his report that Campbell began funneling the money when she closed one of the rotary club’s accounts with the Keystone Bank. She allegedly withdrew the money in the account in the form of three cashier’s checks; the total taken from the account was over $12,000. Two of the cashier’s checks totaling less than $1,400 were then deposited into accounts at Michigan Commerce Bank which were in the Rotary Club’s name. The remaining $11,000 was deposited at JP Morgan Chase in a new account set up by the defendant. This account was opened under Portage Rotary Charities; Dylhoff claims that Campbell used the funds in this account for herself for approximately one year, until February 2011.

Campbell allegedly continued the scheme months later when she secured a cashier’s check for more than $26,000 from another of the Rotary Club’s accounts at Michigan Commerce Bank. Dylhoff said that this money was placed in an account under the Portage Rotary Charities name at Bank of America. For the next four months, checks from this account were issued to Campbell’s husband, father, and herself. The amounts of the checks issued from the account ranged from $800 to nearly $8,000.

Campbell took out another cashier’s check and cash in March of this year; after all was said and done, Dylhoff determined in his investigation that Campbell had racked up just over $39,000 for her own use from Rotary Club funds. Dylhoff accused Campbell of moving money back and forth from one account to another quickly so that it would be difficult to trace; Campbell admitted to the fact.

Ultimately, Campbell was charged with one count of felony embezzlement of more than $20,000 but less than $50,000 in October. If convicted, she may face a maximum of 10 years in prison.

Embezzlement is a serious white collar crime which will leave the individual convicted facing severe criminal penalties. Not only may Campbell spend several years behind bars, her career and reputation will likely be ruined. In embezzlement cases involving the amount of money Campbell is accused of stealing, penalties may also include fines of up to $15,000 or three times the value of the money, whichever is greater.

If you have been charged with embezzlement, fraud, money laundering, or any white collar crime, it is imperative you take action immediately to protect your reputation and freedom. Contact a skilled and aggressive Michigan criminal defense attorney.