Authorities have recently discovered that an alleged drug ring in West Michigan was using Michigan’s medical marijuana as a “ruse” to manufacture and distribute marijuana across the state. It is believed there are approximate 27 individuals involved in the drug ring, most of whom live in Grand Traverse, Kent, Muskegon, Oceana, and Ottawa Counties according to a news article at Mlive.com. 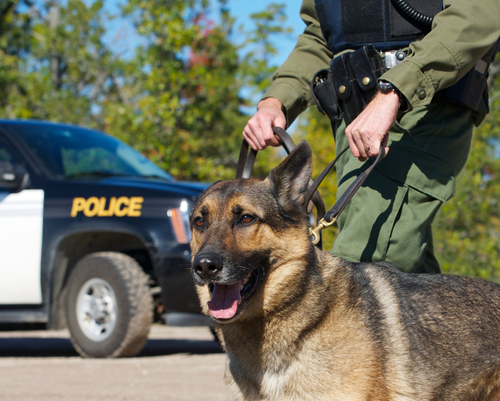 The group, known as MMT or Medical Marijuana Team, claimed to provide marijuana to sick people. However, DEA task force officer Patrick Frederick wrote in a complaint that the group was using the framework of Michigan’s medical marijuana law instead to make money. Frederick came to this conclusion following weeks of investigation which included wiretaps on cell phones of the principal members of MMT. The operation to uncover the manufacture and sale of marijuana by the organization was named “Operation High Mileage.” Those who participated in the investigation included KANET (Kent Area Narcotics Team), the DEA, and numerous law enforcement agencies in the area consisting of more than 160 officers. In all, 500 marijuana plants and other assets (proceeds believed to be from marijuana sales) were seized by police.

In listening to the wire-tapped phone calls, leaders of the MMT boasted about having a “doctor on the payroll.” Federal prosecutors said in a criminal complaint that leaders of the drug ring believed this would provide a measure of protection, that the “doctor” would certify customers as patients who needed medical marijuana.

Authorities had been investigating the organization since August of 2012, and allege that high-grade marijuana was being sold for as much as $3,200 a pound. It was also alleged that the doctor the group had on board approved “patients” under the medical marijuana act, and was paid in cash, earning up to $10,000 in a single day. Additionally, members of the drug ring worked to convince family members to get medical marijuana patient cards so that the organization could legally manufacture additional marijuana.

DEA task officer Frederick stated in court records that the organization took pride in providing marijuana considered to be “high grade.” The organization owned In Do Grow and Plant Paradise, two grow stores in which members provide direct sales of marijuana to social users, other distributors, and customers. Most of the members of the group are medical marijuana caregivers, patients, or both according to police, who say intercepted phone conversations included members talking about the “doctors,” often referring to them as a “real” doctor or “weed” doctor.

In addition, when a marijuana manufacturing operation run by the organization was broken into earlier this month, a phone call between one of the alleged leaders of the group, Shawn Taylor, and others revealed that Taylor said he had $100,000 worth of weed stolen from him. The incident was captured on surveillance, as the group had an alarm system to protect the operation. Even though Taylor viewed his marijuana being harvested by intruders, no one reported the theft to police.

25 of the 27 suspects believed to be involved in the drug trafficking ring were arrested on Wednesday.

Michigan drug trafficking attorneys know the serious charges someone faces when accused of drug trafficking. While there is no doubt people do use the state’s medical marijuana law to engage in illegal activity, some who are patients or caregivers and who use or grow marijuana legitimately often get caught up in criminal charges. If it is determined the 27 individuals in this situation were indeed disguising their operation in order to run a drug trafficking ring, the punishment they face will be severe and may include a substantial number of years in prison, along with steep fines.

If you or someone you know has been accused of operating a drug ring or distributing any illegal drug or narcotic, consult with a Michigan drug crimes lawyer right away so that your legal rights and freedom may be protected.