On Wednesday October 17, 30-year-old Ricco D. Holmes of Flint was sentenced by Genesee Circuit Judge Archie Hayman to six to 15 years in prison after pleading no contest to second-degree murder in connection with a 2010 drug house shooting. Holmes allegedly fatally wounded Marcus Bishop after shooting him in the head multiple times at a home located at 6714 Eastmount Drive. He was charged with the murder in September of 2012. 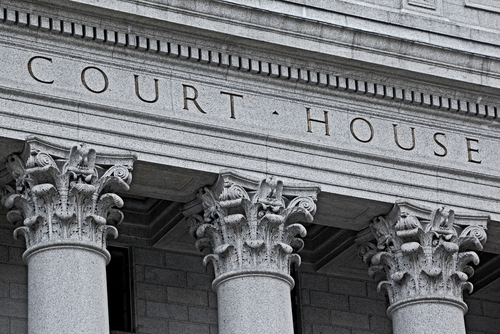 Former Flint Police Sgt. Mike Angus investigated the shooting at the drug house after receiving tips and information regarding the incident. Angus was investigation a gang known as the “Howard Boys” gang, although the defendant was not a member of the gang. Following the investigation, charges were filed against Holmes who is said to have a long criminal history including drug possession, breaking and entering a vehicle with damage, and felon in possession of a firearm.

On May 27 of 2010, Flint Police responded to reports of gunshots being fired in the area. Upon arriving at the known drug house, they found the victim, who was in his 20’s, dead at the scene. At the time, police were looking for suspects in the shooting. In September of 2012, a warrant was issued for Holmes, who police believed to be responsible for Bishop’s death. At the time, Holmes was serving up to 15 years for second-degree murder in the death of Lennon Johnson Jr. In April of this year, the Michigan Court of Appeals reversed Holmes’s conviction, ruling that his counsel in the 2011 trial was ineffective.

Holmes will now face up to 15 years in prison; he was also ordered by the judge to serve a two-year prison term consecutively on felony firearms charges.

Anyone who is accused of second-degree murder or any homicide offense must have a capable and skilled Michigan criminal defense attorney for effective legal representation. The penalties for violent crimes in Michigan are extremely severe, and often life-changing considering long prison terms, fines, and other punishment. An experienced lawyer will thoroughly investigate your case to determine the best course of legal action, working hard to protect your legal rights and freedom.