On January 19, a 911 call led Michigan State Police drug enforcement officers to a residence at 8869 Eastern Ave. in Greenville. According to news reports at Mlive.com, the neighborhood was inundated with police following the call which led troopers to discover a meth lab which was described as “spread through the house.” 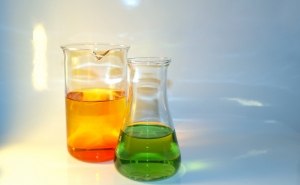 Two people were arrested in connection with the meth lab, 42-year-old John Vogl and 22-year-old Cassaundra Kidder. Records indicate that Vogl lives at the residence; Kidder is a resident of Wayland. Both Vogl and Kidder were charged with resisting and obstructing police, and operating/maintaining a meth lab in what authorities say was a one-pot “shake-and-bake” operation.

Both defendants appeared in court via a video arraignment, claiming they were broke when asked separately if they intended to hire an attorney. They are expected to receive a court-appointed lawyer. Vogl and Kidder are both scheduled for a pre-trial and preliminary exam on February 3 and 4. If convicted, each could face fines of up to $25,000 and/or a maximum of 20 years in prison.

In Michigan, meth possession with intent is a felony offense which leaves those convicted facing extremely serious consequences if convicted. It is imperative that you discuss your situation with a skilled Michigan drug crimes defense attorney immediately. It is important to keep in mind that because you have been arrested or charged, you are not already convicted; you are innocent until proven guilty beyond a reasonable doubt.

Depending on your case, it may be advantageous to plead no contest or guilty to a lesser charge. In some instances, if action is taken early on your attorney may be able to get the charge dismissed or reduced. If you are innocent of the allegations against you, it is likely you will want to maintain your innocence in order to protect your reputation and career, so you may want to go to trial. There are many options; only an experienced and highly qualified defense lawyer can work with you to ensure the best possible results.