On Monday September 30, a 24-year-old Jackson man was pulled over on a routine traffic stop by Jackson County Sheriff’s deputies at approximately 1 a.m. Upon stopping the man, deputies searched his vehicle after learning he did not have a valid driver’s license. While searching the vehicle, it was revealed the man was in possession of a loaded Smith & Wesson handgun and packaged marijuana. 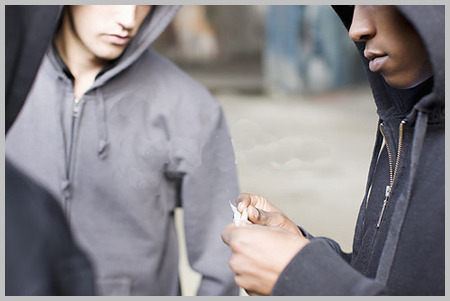 Sheriff Steve Rand said in a news article at Mlive.com that “It’s nice to get some (illegal marijuana) off the street . . . but we are also getting a gun off the street, which can lead to no good.” Rand went on to say that while the gun did not appear to be stolen, the suspect did not have a concealed pistol license. He also said that the CPL law was not designed so that people could further their drug trade. The Sheriff believed that because the marijuana was in individual packages, it was probably not intended for personal use but rather to sell.

On September 16, two people were shot in Jackson and sustained injuries over what police suspected to be a narcotics deal gone south. With this incident occurring just two weeks later, Rand feels that getting the suspect’s handgun off the street may prevent gun violence, a dangerous element often associated with drug crimes.

The suspect in this case faces charges which include carrying a concealed weapon, driving while license suspended, and marijuana possession.

Although the 24-year-old may be charged with marijuana possession, Michigan drug crime attorneys know that it is highly likely prosecutors will charge him with possession with intent to sell or distribute, because the marijuana was found in individual packages. The penalties for marijuana possession in Michigan include fines of as much as $2,000 and up to one year in jail. Should prosecutors decide to charge the suspect in this case with possession with intent, penalties range from four to 15 years in jail and fines of up to $10,000,000 depending on the amount of marijuana involved.

Any individual who has been arrested for possession of marijuana or any other illegal drug or narcotic, or for possession with intent to deliver must consult with an experienced Michigan drug crime lawyer right away. A conviction will leave you facing serious and often life-changing consequences.