Duane Lee, a 25-year-old Flint resident, was recently arrested in connection with three armed robberies which have occurred in Ypsilanti since September 18. Police had suspected Lee was responsible for the robberies for approximately one week before he was located after being recognized by an Ann Arbor citizen who called police. 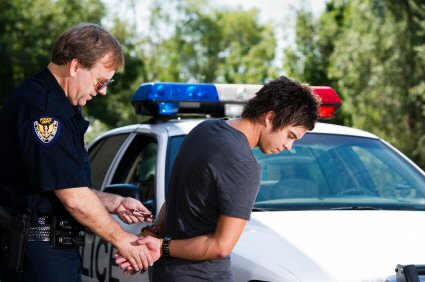 Lee is reportedly a gang member and ex-con, according to a news article at Mlive.com. which indicates he is a member of the Gangster Disciples 74. Police called Lee “armed and dangerous,” although there were no injuries reported in the three Ypsilanti robberies.

Lee allegedly robbed a woman on September 18 as she was walking, pointing a black semi-automatic handgun at her and demanding her purse. Four days later, he allegedly robbed a victim who passed by a group of men while walking toward a store near campus; one of the men in the group, purported to be Lee, approached the victim requesting a lighter, then grabbing the victim and demanding his wallet while brandishing the handgun. Lee allegedly tried to punch the victim when he refused Lee’s request, however the victim broke away and went to get something out of his pocket. Lee then ran from the scene. The third incident occurred the next day when an EMU employee was walking and was passed by a man who then turned back toward him and pulled out a gun. He was robbed of his money and cellphone.

As of Monday, there was no mention of whether Lee had been charged in the three armed robberies. News articles indicated that the suspect was still in custody, and that Detective Sgt. Tom Eberts had not had an opportunity to question Lee in connection with the robberies.

Individuals who are convicted on charges of armed robbery will face serious penalties, possibly life in prison depending on the circumstances. Michigan Penal Code 750.530 states that any person who uses violence, fear, or force against another person while stealing money or attempting to commit larceny may be convicted of a felony offense resulting in punishment of up to 15 years in prison. However, when a person or establishment’s property or money is stolen and a dangerous weapon or any article insinuating the presence of a weapon used, the penalties may include up to life in prison.

If you or a loved one have been accused of or arrested for armed robbery or any theft/larceny offense, it is critical to obtain the services of a trusted Michigan criminal defense lawyer right away.