On Thursday November 21, BAYANET (Bay Area Narcotics Enforcement Team) detectives executed a search warrant at a home in Mount Pleasant, according to news reports at Mlive.com. The detectives searched a residence near East Henry on North Adams while investigating the suspected sale of heroin. Upon searching the residence, investigators seized $3,000 worth of heroin packaged in 110 individual packages. 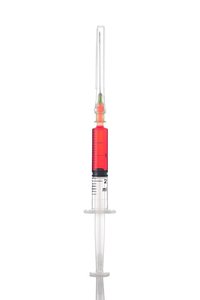 In the course of searching the residence, detectives seized $680 in cash, a loaded shotgun, and a small amount of marijuana in addition to 13.4 grams of heroin. Police state that after seizing the drugs and other items, one woman and two men were arrested. Those arrested include 36-year-old Jody Jean Jackson of Mt. Pleasant, 42-year-old John Stefon Holmes of Saginaw, and 23-year-old Laron Dale Clark of Flint. The three are currently incarcerated in Isabella County, according to The Morning Sun.

Michigan drug crime defense attorneys know that without capable legal support, these individuals potentially face a substantial number of years in prison if convicted. In fact, delivery of narcotics on or within 1,000 feet of school property is a felony offense which could result in a maximum prison sentence of 60 years. Possession with intent to deliver less than 50 grams of heroin is a felony offense which could leave the defendant facing up to 40 years in prison if convicted.

In Michigan, drug offenses are vigorously pursued by police and prosecutors. In order to protect your legal rights and freedom, it is critical to obtain the legal guidance and support of a capable and highly qualified Michigan drug crime lawyer.