Late last week, 44-year-old Steven Krygowski of Jackson was arraigned on multiple charges stemming from a break-in at a neighbor’s apartment. News articles at Mlive.com state that Krygowski broke into the apartment of his neighbor, who was sleeping, and assaulted him. 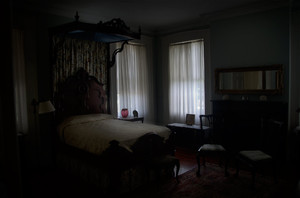 Jackson Police Lt. Elmer Hitt said that the suspect was charged with breaking and entering, assault with intent to rob while armed, and assault with a dangerous weapon. The victim, who is 69 years old, was found by police when they arrived at the scene with a head injury; police said he was talking and conscious when they arrived at approximately 4:30 a.m. He was listed in stable condition after being transported first to Allegiance Health, then to University of Michigan Medical Center in Ann Arbor.

Hitt claimed that the victim did not know what weapon Krygowski used to strike him with, however witnesses claimed to have seen Krygowski carrying a baseball bat when he exited the apartment. Police believe the victim and Krygowski were well acquainted, as the victim said that the defendant had mentioned something about giving him money while in the apartment.

Krygowski is scheduled to appear in court again on December 5.

The penalties an individual faces if convicted of breaking and entering in Michigan depend on the circumstances. Ultimately, what occurs once inside or what it is determined by police and prosecutors as your intentions will be key in sentencing. For instance, if someone breaks and enters a building with the intention of committing larceny, that individual may be sentenced to up to 10 years in prison. Additionally, assault with intent to rob could potentially leave the defendant facing up to 15 years in prison if convicted, even life in prison if in possession of a dangerous weapon when the crime was allegedly committed.

Regardless of the circumstances, anyone who has been accused of a serious or violent crime should consult with an experienced Michigan criminal defense attorney right away. Obtaining skilled legal counsel early on is key to a good outcome.