On Monday, August 5, we wrote about a suspect who had been arrested after attempting to break in to Kid Rock’s Clarkston home. Now, 43-year-old Brian Duane Keith is facing three felony charges following his Tuesday arraignment. Keith has been charged with malicious destruction of personal property over $1,000, malicious destruction of building over $1,000, and attempted second-degree home invasion. 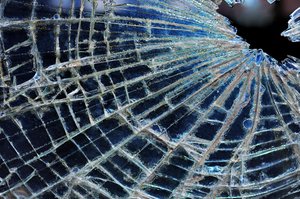 According to a press release issued by the Oakland County Sheriff’s Office, the damages to the property are in excess of $29,000. A news article at Mlive.com stated the damages include those to the residence, a garage, and security gate. A court clerk indicated that the maximum penalty for each of the felony charges is five years in prison.

Keith is scheduled to go before Judge Joseph Fabrizio on August 12 for a preliminary exam conference. In the press release issued by the sheriff’s office, it was mentioned that the defendant has an “extensive criminal history.” Most of the crimes Keith is accused of committing occurred during 2005 and 2006 in North Carolina and Virginia, and include OWI, check forgery, assault, impersonating a police officer, and receiving/concealing stolen property.

The criminal offenses Keith has been charged with are serious, and will leave him facing harsh criminal penalties if convicted. As Michigan criminal defense attorneys are aware, individuals may be charged with a misdemeanor or felony crime depending on the type/severity of damage with malicious destruction of property. If charged as a felony, penalties may include fines of three times the value of the damage or up to $10,000 and up to five years in prison.

If you or someone you know has been charged with home invasion, malicious destruction of property or any serious offense, consult with a seasoned Michigan criminal defense lawyer at once.