On Tuesday August 6, Michigan Court of Appeals judges heard arguments presented by attorneys for 19-year-old Davontae Sanford, a developmentally disabled man who claims he was wrongly convicted of killing four people when he was 14 years old. 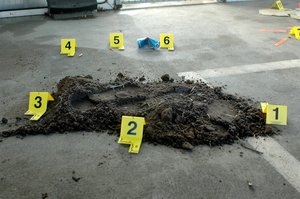 Sanford allegedly murdered the four individuals at an east-side drug house in 2007. While prosecutors in the case insist the right man was convicted due to Sanford confessing to the crime and pleading guilty, a convicted hit man confessed to committing the murders. According to a news article at Detroitnews.com, Vincent Smothers claims to have committed the murders; Sanford’s lawyers told the appeals judges that Smothers told investigators where a .45 caliber pistol used in the commission of the crime was located. They also said that Smother’s pants had gunshot residue, which further linked him to the murders.

According to Sanford’s mother, her son was arrested when he walked up to police officers who were at the scene of the crime, and told them he knew what had happened. While Sanford allegedly confessed to the murders, his attorneys state that his confession was coerced by police, and that the defendant did not have a parent or lawyer present during his interrogation. Taminko Sanford-Tillman, Sanford’s mother, claims that her son was at home during the time the murders were committed. At the time of the murders, Sanford was 14 years old and a special education student.

In March, former head of the Detroit Police Homicide Section William Rice was charged with lying under oath regarding the case. Rice is accused of lying about Sanford’s whereabouts at the time the murders took place. He is scheduled to go on trial in September, and could spend life in prison if found guilty of perjury in a capital case.

The Court of Appeals is expected to rule on the appeal request in three weeks. Judges on the panel who heard the arguments on Sanford’s behalf included Christopher Murray, Mark T. Boonstra, and David Sawyer.

It seems there are plenty of questions in this case; if Sanford did not commit the murders, it is a tragedy that he has been sentenced to 37-90 years for a crime he is innocent of. Michigan criminal appeals lawyers understand the complexity of these types of cases, and that winning an appeal requires special skill and expertise.

Any individual who has been wrongly convicted must consult with an experienced and capable Michigan criminal appeals attorney. A conviction is not necessarily the end of the road, so take action immediately.