50-year-old John William Wilson, a man who had just been released from prison, is reportedly headed back after being convicted of running a counterfeiting operation out of a South Haven hotel room. According to a news article at Mlive.com, Wilson used the bogus bills making purchases at local businesses. 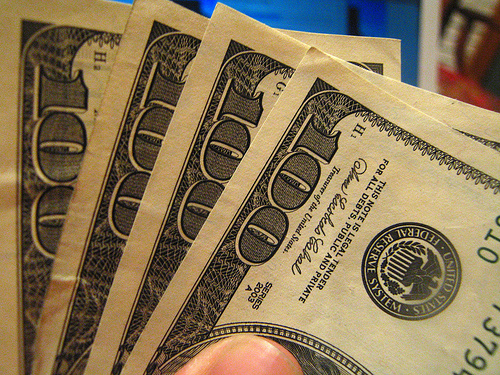 Wilson was arrested after Wilson allegedly attempted to purchase a used car he found on Craigslist using counterfeit money. The owner of the car recognized that the money Wilson was attempting to use to purchase the car was fake; Wilson gave the man $800 in fake bills, according to the article. The owner of the vehicle alerted police, who located Wilson and arrested him outside of the Secretary of State’s office in Paw Paw.

In a letter Wilson wrote to U.S. District Judge Paul Maloney, he claimed he had suffered a “horrifying addiction to drugs and alcohol.” Wilson went on to say that he had been addicted to the substances for decades. Sean Tilton, Wilson’s attorney, added that his client wants to address his problems, and that he began using drugs as a teen growing up in foster homes.

Wilson had previously served time in prison for counterfeiting, and targeted local businesses due to the fact that he did not have a car. To avoid drawing unwanted attention to the fake bills, Wilson kept purchases under $100. He also allegedly came up with a scheme while in prison to purchase merchandise with counterfeit bills, then return the goods in exchange for authentic bills.

Judge Maloney sentenced Wilson on Wednesday, August 7 to four years and three months in federal prison. Upon completion of his prison term, he will be placed on supervised release for three years.

Michigan federal criminal attorneys know that while all criminal offenses are punished harshly, those at the federal level incur more serious penalties.

If you or a family member have been arrested or charged with counterfeiting, mail/wire fraud, federal tax fraud or any federal offense, consult with a Michigan criminal defense lawyer at once to protect your legal rights and freedom.