In June of 2012, the Michigan Court of Appeals reversed convictions on eight felony charges against Charles H. Arthur, who was convicted on numerous charges including robbery and murder stemming from incidents going back to 2002. 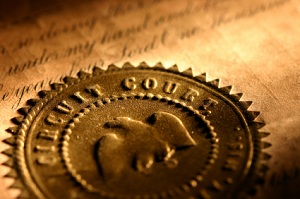 In 2010, Arthur was convicted of carjacking, kidnapping, robbing, shooting, and extorting a man in 2002; this was the second time he was convicted on the charges. Arthur claimed at that time that he would win on appeal, and be a “free man.” According to a news article at Mlive.com, Arthur has an extensive criminal background and is nicknamed “Frank Nitty” after a 1920s era mobster.

Ultimately, Arthur wanted to represent himself at trial regarding the 2002 incident, however felt that because he had to remain shackled, would not be effective before the jury. Chief Circuit Judge Robert L. Kaczmarek ordered Arthur to remain shackled at the ankles for the duration of his trial, an order the Michigan Court of Appeals determined denied the defendant of his right to self-representation. Therefore, Jonathon Huffman, Arthur’s court-appointed lawyer, represented him during the trial because with the shackles, he would not be able to present evidence, use a podium, or move about the courtroom without jurors seeing him in shackles.

In a 2-1 decision, appellate judges Michael J. Talbot and Donald S. Owens decided that the judge’s decision to have Arthur remain shackles was without justification, considering he only briefly cited a “security issue.” They also determined that the defendant’s being forced to wear them in the presence of the jury violated his due process right to a fair trial.

Last week, the Michigan Supreme Court reinstated Arthur’s convictions, ruling that while Arthur did have a right to represent himself at trial, because he is considered violent, the right is not unfettered.

Michigan criminal appeals attorneys know all too well the complexities of these types of issues. Without a skilled attorney who is highly experienced in the appeals process, the results for the defendant often are not favorable.

If you or someone you know has been wrongly convicted and are considering appealing the conviction, consult with a highly qualified Michigan criminal appeals lawyer.