On Friday September 27, two residents of Goble were arrested in connection with a suspected meth lab. Dannie Ray Field, 50, and Tracy Anne Markillie, 49, were arrested in Pine Grove Township by Van Buren County sheriff’s deputies according to a press release issued by the Sheriff’s Office. 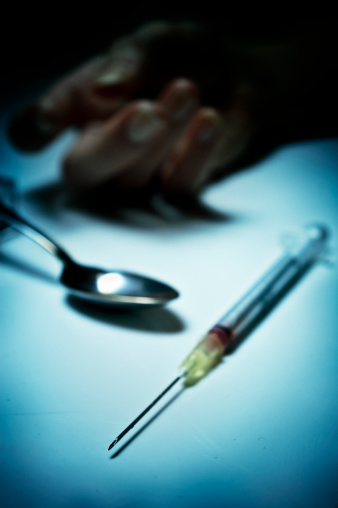 Following the execution of a search warrant on a home located in the 16000 block of 27th Street, deputies discovered paraphernalia used for smoking meth, what was called a “sizeable amount” of finished methamphetamine, and components used in manufacturing of the drug. The press release also indicated that deputies found an active one pot meth lab and other materials used in making meth in a closet of the suspects’ bedroom.

Field and Markillie were both charged with maintaining a drug house, operating a meth lab, and possession of methamphetamine with intent to deliver. Both were also arrested for outstanding traffic violations, warrant driving on suspended license. The two remained in custody at the Van Buren County Jail Friday, pending arraignment on the charges.

Michigan meth manufacturing defense attorneys know the criminal penalties the two individuals arrested face if convicted. Considered a Schedule II drug, methamphetamine manufacturing is punished very harshly in the state of Michigan. Those who are found guilty will face penalties which include fines of up to $25,000 and up to 20 years in prison. In fact, the consequences may be even more serious depending on certain factors, including the nature of the offense committed and amount of methamphetamine involved. Penalties may also be enhanced if it is determined that those accused were in possession of firearms, or if the alleged crime occurred within close proximity of a church, park, school, or other location.

It is critical to avoid being charged with or convicted of a crime involving methamphetamine or other illegal drugs or substances when possible, as the consequences are often life-changing. In order to avoid damage to your future and possible loss of your freedom, consult with a highly qualified and aggressive Michigan drug crime lawyer immediately.