On Monday December 2, 42-year-old Arthur Payne was sentenced by Kalamazoo County Circuit Judge Alexander C. Lipsey to two to 15 years in prison for assault with intent to commit great bodily harm less than murder. Payne allegedly beat his girlfriend severely in March after she returned home bringing food for her son, but did not bring Payne a meal. 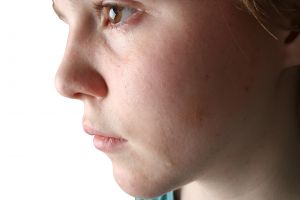 News articles claim Payne struck Stephanie Janssen so hard that not only did it result in knocking her teeth out and fracturing her skull, it fractured his own hand. Payne allegedly struck Janssen repeatedly; John Anderegg, Assistant Prosecutor, said on Monday that “This wasn’t a single smack to the face.” Anderegg called it “excessive brutality.” Payne pleaded no contest to the charges in November. He was also charged with misdemeanor aggravated domestic assault.

Payne and Janssen shared an apartment in Oshtemo Township when the alleged incident occurred. There was no plea agreement; according to Payne’s sentencing guidelines, he would serve a minimum of 10 to 28 months behind bars. Payne claimed that he is mentally ill, and blamed the attack on his illness. Janssen spoke in court on Monday, telling Payne that he left her and her children with no place to call home. She urged Payne to get the psychiatric help he needs, and to “do something” for himself no matter what the outcome in court.

Anderegg accused Payne of using his mental illness as an “excuse” for bad behavior; Payne has allegedly assaulted five women, and while Payne felt he has served enough time in prison and claimed if imprisoned he would still come out mentally ill, Anderegg told the judge that Payne should be “rewarded” for his past violent behavior with a sentence of up to 15 years in prison. Payne claims he is fully committed to continuing psychiatric treatment in order to rehabilitate himself.

Payne was also ordered by the judge to pay more than $58,000 in restitution for Janssen’s medical bills.

Michigan criminal defense attorneys know the severe penalties individuals convicted of assault crimes face. First-time offenders who are convicted of assault with intent to commit great bodily harm less than murder will face punishment which includes fines of up to $5,000 and prison time of up to 10 years according to Michigan Penal Code 750.84. Because of his status as a second-time habitual offender, Payne will spend up to 15 years in prison.

If you or someone you know has been arrested for an assault offense or already charged, consult with a highly experienced Michigan criminal defense lawyer right away, so that work can begin to protect your legal rights and freedom.