In October of 2012, a vehicle was stopped by an Ingham County Sheriff’s Deputy near Lansing on I-96. Upon searching the vehicle, the deputy found crack and powder cocaine. Two Lansing men were arrested, 42-year-old Rogelio Ruiz, and 37-year-old Gilbert Albarez. 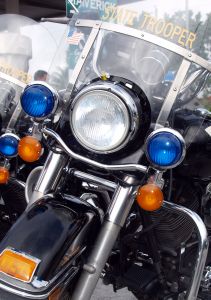 Albarez and Ruiz were transporting the three kilos of powder and crack cocaine to Lansing after picking the drugs up in Columbus, Ohio, according to FBI investigators. Two other suspects in the case were netted after the FBI set up a “reverse sting” operation in which the drugs were returned to the source. Israel Mendez was arrested in October 2012 after coming to Lansing to pick up the drugs. The supplier of the cocaine, Luis Edwards, was arrested in March of this year as he crossed the U.S./Mexico border in Hidalgo, Texas.

Albarez and Ruiz both pleaded guilty in federal court last month to possession of cocaine and crack cocaine with intent to distribute. The two men are currently awaiting sentencing. Israel Mendez, a resident of Fort Wayne, Indiana, was sentenced to 30 years in federal prison in August after being found guilty by a jury in April of possession with intent to distribute the cocaine and crack cocaine.

Just over a week ago, Luis Edwards was sentenced to 15 years and eight months in federal prison, according to U.S. Attorney Patrick A. Miles.

Possession of cocaine with intent to distribute, sell, or deliver is a serious criminal offense in the state of Michigan. In fact, when more than 1 kilogram is involved, the criminal penalties include up to life in prison, with possible fines of up to $1 million dollars. In criminal cases, a defendant will often get a lighter sentence by pleading guilty, however this is a decision that should be made only after discussing your situation with a seasoned Michigan drug crimes attorney, and careful review of the circumstances. Depending on the specifics of your case, there may be grounds for dismissal of the charges, or factors which would indicate going to trial may be a better option.

Regardless of how minor or serious the charges against you may seem, any offense involving the possession or distribution of illegal drugs or narcotics could leave you facing serious consequences. Do not waste time before contacting a skilled criminal defense lawyer with a proven track record for obtaining good results in these types of cases.