Recently Eric Mays, Flint City Councilman who was elected to the council for the First Ward in November, was arrested for allegedly possessing marijuana and operating under the influence of alcohol. According to news reports, the incident took place early Saturday morning November 30 when police discovered Mays changing a flat tire on I-475. 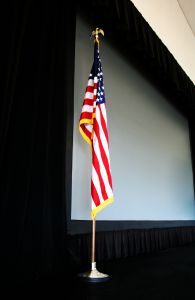 Police had been dispatched to the scene after receiving reports of a vehicle north of Carpenter Road on I-475 north having four flat tires. When Flint police arrived they were met by Genesee Township officers. Mays was allegedly driving northward in the southbound lanes.

Flint Police Chief James Tolbert issued a news release which stated Mays was additionally cited for failure to submit to fingerprinting and no proof of insurance. Mays was placed in the Flint City Lockup pending his arraignment, which had not been set at the time of news reports.

Crimes involving marijuana or any illegal drug in Michigan are prosecuted vigorously. Even when an individual is caught smoking marijuana, he or she could face a fine of $100 and up to 90 days in jail. While marijuana possession is a misdemeanor offense, the penalties for those convicted may include fines of up to $2,000 and up to one year in jail. Certain factors may leave you facing more serious criminal penalties including criminal history, whether the alleged offense occurred within close proximity of a school, park, or church, whether a weapon was present, and more.

Unfortunately for Mr. May, the alleged crimes of OUIL and marijuana possession may be more damaging to his reputation and career than anything else. This case is a prime example of how anyone, regardless of standing in the community, may be charged with a drug or alcohol related crime.

If you have been charged with marijuana possession or any crime involving meth, cocaine, prescription or other substances, consult with a capable Michigan drug crimes attorney right away.