Jackob Trakhtenberg, a Russian man who entered the U.S. in 1974 and is now an Oakland County resident, is suing his defense attorney after the Michigan Supreme Court threw out Trakhtenberg’s 2006 sexual assault conviction based on the lawyer’s poor performance. Trakhtenberg, who is now 76 years old, served seven years in prison according to a news article at Mlive.com. 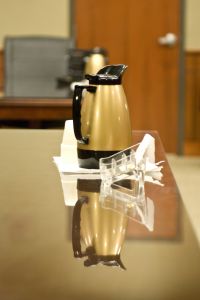 Trakhtenberg was the only defense witness in a trial which lasted only 53 minutes; he maintains that Deborah McKelvy, his defense attorney at trial, did not make an opening statement or request a jury. He is suing her for malpractice. Trakhtenberg’s attorney in the malpractice suit, James Elliott, said that the trial and the result was a “horrific miscarriage of justice” and that McKelvy took seven years of Trakhtenberg’s life.

Jackob Trakhtenberg was released from prison in 2012 following a 4-2 decision by the state Supreme Court, which noted that McKelvy did not deny that she chose not to secure additional evidence or consult witnesses in an effort to help her client. The court ultimately said that McKelvy’s performance in the sexual assault case was constitutionally inadequate.

Trakhtenberg was sued on behalf of the alleged victim following his 2006 conviction; he ultimately won the civil trial when new evidence emerged that may have helped him avoid a conviction in the criminal case, had that evidence been available at the time.

Michael Sullivan, McKelvy’s attorney in the malpractice suit, maintains that his client is an excellent criminal defense lawyer, and that her strategy at Trakhtenberg’s criminal trial was sound.

Individuals who are wrongly convicted of a criminal offense such as sexual assault may choose to file an appeal of their conviction. While many appeals are taken before the Michigan Court of Appeals, those involving attorney or judicial misconduct often are heard by the Michigan Supreme Court.

Regardless of the circumstances, when a defendant feels strongly that errors were made by defense counsel, a judge, or others in the system, there may be strong grounds for filing an appeal of a conviction or sentence. Being convicted of a crime and sentenced does not mean you have run out of options. Speak with a seasoned Michigan criminal appeals attorney who can review your case and help you determine the best course of action.