43-year-old Samer Hamed, former owner of medical marijuana dispensary Purple Med, recently pleaded guilty to delivery and manufacture of marijuana. Hamed was arrested after police learned he had sold marijuana at the business to a purchaser with a valid Michigan Medical Marijuana Act registration card. He was initially charged with the possession, manufacture, and distribution of marijuana along with maintaining a drug house. 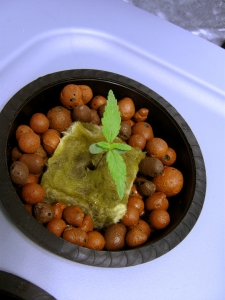 Prosecutors maintain that a ruling made by the Michigan Court of Appeals in November made the sale illegal. The court ruled that those providing marijuana for medical use must verify that purchasers have a “bona fide” relationship with a qualified physician. Hamed allegedly did not verify this with the customer, who had located Purple Med on the Internet and was from out of town.

Hamed’s alleged partner in the business, Rick Hammad, was also charged however he was shot and killed in September, just a week before he was due in court on the charges.

Hamed is hoping he will be spared punishment by the State Supreme Court. He is scheduled for sentencing on November 18 before Kent County Circuit Court Judge George Buth, but hopes the Supreme Court will overturn the Appeals Court’s decision before then. If so, he could withdraw his plea and avoid facing up to four years in prison.

Michigan drug crimes attorneys know the “rules” regarding medical marijuana can be confusing or even misinterpreted, leaving those who are legally allowed to possess or sell marijuana to patients at risk of facing criminal charges.

Whether you are approved to dispense marijuana or have been accused of another drug offense such as manufacturing meth or cocaine possession, contact a skilled and competent Michigan drug crime defense lawyer immediately. Criminal penalties for drug offenses are harsh and often life-changing.