Did you know that when pulled over on suspicion of driving under the influence in Michigan, your driver’ license could be suspended if you politely refuse to take a breath, blood, or chemical test – regardless of whether you are convicted of DUI? Michigan’s Implied Consent Law means you automatically consent to chemical testing when suspected of DUI, even if you don’t realize you gave consent. Many people do not realize this fact, although it is stated in the documents you sign when applying for a driver’s license. How many of us read all the fine print? Not many, and it could put your driver’s license in jeopardy. 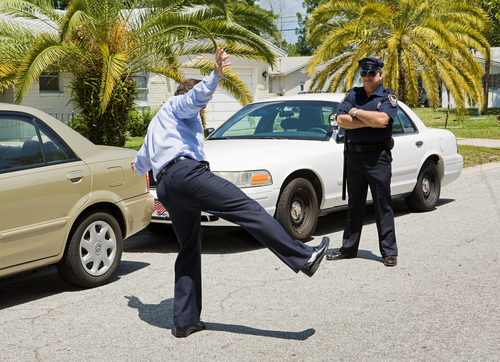 The fact is, refusing to consent to testing can lead to the DMV suspending your license for an entire year. This does not apply to a roadside test, it applies when you are taken to the police station after being arrested for DUI. Should you politely decline testing to determine whether your BAC is within Michigan’s legal limit of 0.08%, a report of refusal will be forwarded to the Secretary of State informing authorities that you would not take the test. At this point, you have 14 days to contest the allegation. If you fail to do so, your driver’s license will be suspended for one year, and six points added to your driving record.

While this may sound harsh, it is simply the law in Michigan. How your case goes in court regarding allegations of drunk driving has very little to do with whether your driving privilege will be taken away. In fact, even if you are found not guilty in court or the charges are dismissed against you, the fact that you allegedly refused a breath test when requested by police could leave you in a very tough situation considering driving a vehicle is essential to most people’s everyday lives.

Ultimately, the smartest action you can take is to consult with a highly experienced Michigan drivers license reinstatement lawyer immediately when you have violated Michigan’s Implied Consent Law (although it may have been unknowingly). Appealing the suspension of your license to the Secretary of State in a timely fashion is critical. Your lawyer will challenge issues regarding police, and whether you were advised of your rights in regards to chemical testing, along with other issues regarding police actions.

Whether your license was suspended because of unknowingly violating the implied consent law or for a DUI conviction, contact a capable Michigan drivers license restoration attorney at once; time is of the essence.