Kyle Alan Wilson, a 23-year-old Comstock Park resident, was arraigned on charges of open murder on September 16 in connection with the death of his 33-year-old cousin on September 13. Wilson and his cousin, Brandon Nelson, shared a York Creek apartment. The two allegedly became involved in an altercation that ended in Nelson being struck in the head; he died of blunt force trauma, according to court documents. 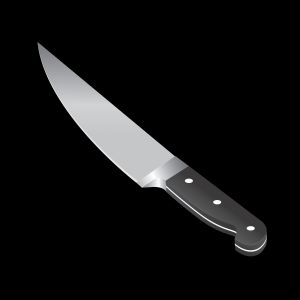 This week Wilson returned to court for a probable cause hearing in the death of his cousin. According to a news article at Mlive.com, this is the second time that Wilson has been accused of using deadly force to end a dispute. Wilson allegedly stabbed a 15-year-old boy in 2007 during an altercation over a debt; he pleaded guilty in that case to manslaughter, and served approximately five years in prison. He was released in April of 2012.

On Friday September 13, deputies responded to the 3800 block of Yorkland Drive NW at approximately 11:30 p.m. Upon arriving at the scene, officers found Nelson dead. Wilson was arrested the next day as he was walking in Alpine Township. He confessed to authorities that he and Nelson had been involved in an altercation that resulted in his cousin’s death.

The probable cause hearing which was scheduled for Tuesday was to be presided over by Kent County District Court Judge Steven Servaas to determine whether evidence is sufficient to bound Wilson over to felony court. If convicted, Wilson may face the maximum punishment of life in prison without parole.

Murder is the most serious criminal offense an individual can be accused of, regardless of which state a person resides in. Individuals who are charged with open murder (the degree of which is determined by a judge or jury) must have an experienced and aggressive Michigan criminal defense lawyer on their side in order to have any chance of obtaining positive results.

Even in a situation where the offense is particularly violent, every person in the U.S. is innocent until proven guilty. In cases where the accused did actually commit a heinous or violent act, a skilled defense attorney may be able to negotiate with prosecutors to have the charges reduced, particularly in situations where the defendant is of a young age.

If you have been arrested or charged with murder, manslaughter, or any violent criminal offense, consult with a qualified Michigan criminal defense attorney immediately.