On Wednesday October 23, 17-year-old Sergei Ryan Guider, a Forest Hills Eastern High School student, pleaded guilty to home invasion after allegedly breaking into a home in the 2700 block of Montreat Court NE. The break-in took place in August of this year; another high school student, Shane Aaron Homrich, was also charged in the home invasion. 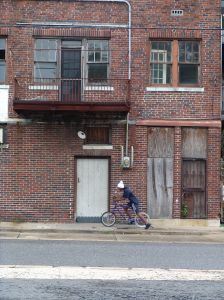 The two teenagers allegedly entered the home through the garage, and were confronted by Alexander Justin Pitt, the homeowner’s son and a former classmate of the two, as they were in the process of stealing items. Pitt trapped the two after finding them in the basement, according to a news article at Mlive.com. Guider and Homrich were captured at knifepoint by Pitt, who held them captive until Kent County Sheriff’s deputies arrived on the scene.

The two teens were charged with first-degree home invasion. News reports indicate that neither had a criminal record. On Tuesday, James Benison, Assistant Kent County Prosecutor, informed the judge that the prosecutor’s office would not be opposed to Guider being sentenced under HYTA (Holmes Youthful Trainee Act). Under HYTA, an individual under the age of 21 who does not commit another felony offense and who adheres to the terms of probation will have a felony conviction removed from his/her record.

Shane Homrich is scheduled to appear in court on November 26, and will likely receive a similar offer according to news reports. Both of the teens remain free on a $5,000 bond.

Michigan criminal defense attorneys realize that teenagers often get involved in mischief, never realizing the serious consequences of their actions. Had these two high school students been 21 or older or sentenced as adults, they would have faced up to 20 years in prison, the maximum sentence in Michigan for a home invasion conviction.

Breaking and entering is a serious crime; individuals who have been accused of this or other serious crimes such as burglary or armed robbery should contact a qualified Michigan criminal defense lawyer right away, as the consequences of a conviction are extremely harsh and even life-changing.