Approximately three weeks ago, three men were arrested following a traffic stop conducted by a Michigan State Police trooper. In the course of the stop, the trooper discovered more than 1,000 grams of what he suspected to be cocaine. Police said that the substance was packaged for distribution, according to an article at Mlive.com. 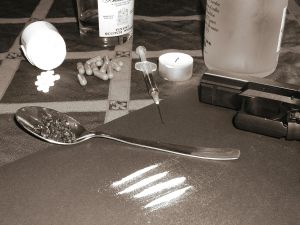 The trooper arrested the three men in Hart Township on U.S. 31 near Polk Road after stopping them for a routine traffic violation. According to the news article, the suspects ranged in age from 24 to 35 years old. After suspecting packaged cocaine, SSCENT (a multi-jurisdictional narcotics team based in Oceana County) was called in to investigate the car further. During their search, authorities found cash, a semi-automatic pistol, and 56 additional grams of cocaine.

The three men, Jesus Avilez-Perez, Abel Gamez-Morales, and Angel Viti-Perez were being held in the Oceana County Jail on $100,000 bonds following their arrest. Each was charged with manufacturing and delivering more than 650 grams of narcotics. During the process of being booked into jail, police found that the men had been deported previously.

Michigan drug crime attorneys know the seriousness of this criminal offense. Individuals who are convicted of possession of cocaine with intent to deliver in amounts of over 1,000 grams may face fines of up to $1 million and up to life in prison. Those who are convicted of possessing Schedule I or II drugs including meth, ecstasy, and LSD with the intent to sell or distribute those substances are punished harshly under Michigan Penal Code 333.7401.

If you or someone you know has been arrested for possession of Schedule I or II drugs or is under investigation, it is imperative you consult with a highly qualified Michigan drug crime lawyer immediately. Your attorney will work vigorously to protect you from a conviction and the resulting punishment, challenging the evidence and developing the most effective legal strategy to achieve a good outcome.