On Monday November 4, a jury was selected for the trial of 32-year-old Demeatrius Tate, a man who allegedly participated in a one-day crime spree which included carjacking and two armed robberies, according to a news article at Mlive.com. Tate allegedly committed the crimes along with 18-year-old Artravius Riley, who pleaded guilty and is expected to testify at Tate’s trial. 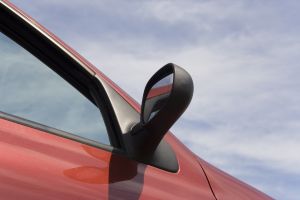 The two men were arrested after allegedly committing crimes on May 26 of this year. Tate and Riley are accused of robbing a couple who were walking in the Arena District at approximately 2 a.m. Authorities claim the two threatened the couple with a gun, then took their valuables and a car. Later the same day, Tate and Riley allegedly robbed a man who was sitting in his vehicle in the vicinity of Seward Avenue and Douglas Street NW; they robbed him at gunpoint. News reports claim that Riley forced the victim to drive to an ATM machine. The second victim saw the get-away vehicle’s license plate and reported it to police.

In exchange for the teen’s guilty plea and testimony against Tate, prosecutors with the Kent County Prosecutor’s office agreed to dismiss one count each of armed robbery, felony use of a firearm, and carjacking.

Armed robbery and carjacking are both extremely serious criminal offenses punished harshly in the state of Michigan. As indicated above, Tate will face at least 14 years in prison, and possibly life if convicted.

Anyone who is under investigation, arrested, or charged with a serious or violent crime must take action to protect their freedom and legal rights at once. Charges are typically filed in the early stages, usually within one to two days. This is a critical point in the process, as a capable Michigan criminal defense attorney may be able to have charges reduced or dismissed. Do not hesitate before seeking legal guidance; by not taking action immediately, you could put your freedom and future in jeopardy.