In June we reported that Bradford Mitchell’s second-degree murder conviction had been reversed by the Michigan Court of Appeals. Mitchell had been convicted in the 2011 beating death of Jay Kolhoff, a neighbor who lived in the same west side Saginaw apartment complex as Mitchell. Authorities claimed Mitchell beat Kolhoff to death with a baseball bat over a $5 debt. 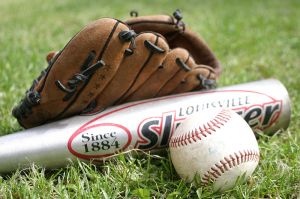 At the original trial, the jury was not given the option to convict Mitchell of voluntary manslaughter. The appeals court ruled that the jury should have been given this option, and that Saginaw County Circuit Judge Robert L. Kaczmarek erred when telling the jury that first- and second-degree murder were their only options. The appeals court ultimately sent Mitchell’s case back for a re-trial.

On Thursday October 31, the jury deliberated for about four hours before convicting Mitchell of manslaughter. The maximum penalty is 15 years in prison, far less than the life sentence with parole Mitchell faced when convicted of second-degree murder. James Piazza, Mitchell’s defense attorney, said after the verdict that while they were disappointed the jury did not find Mitchell not guilty, they were pleased that jurors decided on manslaughter. While Mitchell is considered a habitual offender, Piazza stated in news reports that his “educated guess” is that his client will be given a minimum sentence of less than 10 years.

Mitchell alleges that when he went to Kolhoff’s apartment to collect the $5 debt, Kolhoff grabbed a baseball bat and assaulted him with it. Mitchell contends that he grabbed the bat from Kolhoff, then struck him with it once in the shoulder and once in the head, although he admitted he may have struck Kolhoff more times.

Mitchell remains in jail without bond where he will remain until sentencing; a date has not yet been set.

This is an example of what can result when a conviction is successfully appealed with the Michigan appeals court. While ideally the defendant would have preferred to have been found not guilty by the jury, a conviction for manslaughter is far better than murder in regards to criminal penalties. Now, instead of spending 30 to 50 years in prison as he was sentenced to in the original trial, Mitchell will likely spend only a third of that time or less behind bars.

Anyone who has been wrongly convicted or who feels errors were made at trial which may have impacted sentencing should consult with a highly experienced Michigan criminal appeals lawyer immediately. The case above is a prime example of what can happen when you have a skilled and knowledgeable defense attorney on your side.