On Wednesday October 30, the Michigan House voted on making it possible for residents with multiple DUI convictions to secure a restricted driver’s license by having an ignition interlock device installed in their vehicles which will detect breath alcohol. The House voted to make the three-year pilot program permanent after early evaluations indicated that it was successful in discouraging drunk driving behaviors by those who participated, according to a news article at Mlive.com. 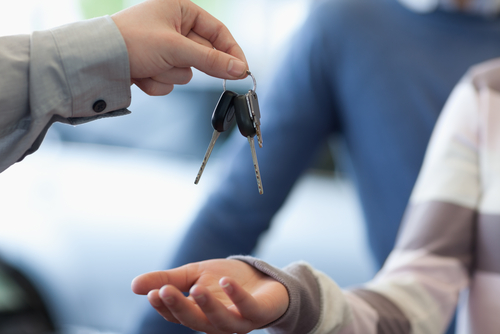 The law was scheduled to expire the end of this year, however Michigan lawmakers voted to extend the 2010 law indefinitely. Ultimately, individuals who have had their driver’s licenses revoked for multiple drunk driving offenses will be issued a restricted license which allows them to travel to and from substance abuse programs, school, or work provided they comply with using an ignition interlock device, and participate in a sobriety court program.

Legislation to extend the law for an indefinite time period won unanimous approval in the House; now it will move on to the Senate. Individuals who qualify by meeting requirements will be issued a limited driver’s license by the Secretary of State.

Representative Dan Lauwers introduced the legislation, saying after the unanimous vote by the House that, “People with repeat drunken driving offenses still need to provide for their families, and an interlock device would allow them to drive to work while keeping them sober.”

The majority of participants in the interlock program complied with court orders according to data collected by the MADCP (Michigan Association of Drug Court Professionals). Legislative director and Eaton County District Court Judge Harvey Hoffman said that for active participants, the recidivism (habitual relapse) rate was 1.5%.

Grand Valley University criminal justice professor Christopher Keirkus is concerned about what happens to individuals who are repeat offenders after they leave the program. Keirkus was commissioned to conduct analysis on the pilot program, and feels it is still too soon to come to a conclusion regarding the long-term impact on the behavior of repeat drunk drivers.

DUI is a serious problem in Michigan, as well as across the nation. However, individuals who have their drivers licenses suspended or revoked due to driving under the influence of alcohol or drugs face serious issues; having the privilege to drive is a necessity in today’s society for work, school, and other reasons. Perhaps if the expansion of the interlock program passes in the Senate, we will see more people regain their driving privilege, if only on a restricted basis.

If your license has been suspended or revoked because of multiple drunk driving convictions, contact a skilled and experienced Michigan drivers license reinstatement attorney today to learn if it may be possible to have your license restored.