On October 10, former Detroit mayor Kwame Kilpatrick was sentenced to 28 years in prison for various public corruption charges including bribery, extortion, and racketeering. It has been seven months since Kilpatrick was convicted by a jury on what the government referred to as running a “money-making racket” out of City Hall. 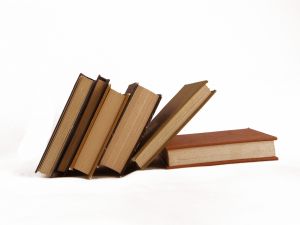 Prosecutors in the case accused Kilpatrick of funneling millions of dollars to his family, friends, and himself while a financially crippled Detroit hobbled along. The former mayor was convicted on 24 of 30 counts against him; defense attorneys asked their client be given a 15 year sentence, however U.S. District Judge Nancy Edmunds sided with the government’s request for 28 years, saying that “I believe that is in fact what his sentence should be.”

On Wednesday October 30 it was announced that Kilpatrick will appeal the sentence, and a notice of appeal was filed in U.S. District Court by lawyer Harold Gurewitz. News reports indicate the former mayor steered a minimum of $4.6 million from city contracts for the financial gain of himself and his friends.

While the basis of the appeal was not revealed in the notice filed by Gurewitz, many believe the issues which will be argued to the appeals court panel include the fact that the 28-year sentence handed down by Judge Edmund’s was excessive, according to a news article at USA Today.

It is suspected attorneys will also argue to the appeals court that the sentence was “disparate” due to the fact that others involved received substantially less severe punishment, even probation in some instances. Kilpatrick’s lawyers may also argue that because of the massive publicity surrounding the case, the judge should have granted the request made shortly before trial for a change of venue. Other possible arguments may include insufficient evidence for a conviction, and the judge’s refusal of Kilpatrick’s request for change of counsel on the eve of trial.

Michigan criminal appeal lawyers know how difficult it is to have a sentence or conviction overturned by the appeals court. Because Kilpatrick is such a prominent figure and former mayor of Detroit, it will be interesting to learn how the panel rules in this case.

Many individuals who are convicted of a crime appeal either their conviction or sentence depending on the circumstances. Various factors play a role in whether an appeal will be successful, including whether mistakes were made by the judge or prosecutors, or laws violated in some way. A highly skilled appellate attorney can review a client’s case to determine whether there are strong grounds for appeal. Even then, the experience and capability of the attorney who represents a client in appeals matters will make all of the difference in the outcome.