This week, 19-year-old Keondre E. Solomon was sentenced to 23 to 40 years in prison for his role in a double shooting on Saginaw’s South Side in October of 2012. Solomon was allegedly driving a vehicle in which the shooter, Samuel L. Jackson, was riding in when he fired into another vehicle the two men had encountered at a Marathon gas station. 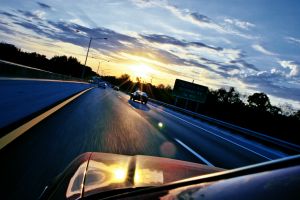 Solomon and Jackson were in a white Dodge Charger when they left the gas station, speeding toward a vehicle driven by the victim. As Solomon’s vehicle became even with the vehicle driven by the 24-year-old victim, Jackson began firing a .40-caliber semi-automatic handgun. Eventually the two vehicles struck each other, resulting in the victim’s car leaving the road and crashing into a tree near the Prescott intersection. The victim suffered a broken arm in addition to several gunshot wounds according to a news article at Mlive.com. A 23-year-old passenger in the vehicle suffered a broken leg.

Solomon maintained that he was unaware Jackson had a gun. Jackson, who is 17 years old, was sentenced by Saginaw County Circuit Judge Janet Boes last week, the same judge who sentenced Solomon. She sentenced Jackson to 19 years 7 months to 40 years in prison for two counts of assault with intent to murder and three counts of possessing a firearm during the commission of a felony. Although Solomon drove the car, he was sentenced to about three more years in prison than the shooter.

Paul Fehrman, Saginaw County Assistant Prosecutor, requested that the judge set Solomon’s minimum sentence at the top of Michigan’s sentencing guidelines, claiming that there was no reason not to set the minimum high due to the fact that had Solomon not sped up to pull alongside the victim’s vehicle, the shooting would not have occurred.

Solomon maintained that he had no clue that his passenger (Jackson) had a gun, and that he was only guilty as acting as an accessory after the fact. Solomon and Jackson were both convicted in September by a jury on the assault and firearms charges.

At the September trial, the two men who were in the other vehicle and who were shot at said during testimony that they had no idea why Jackson opened gunfire on them. The two men are 23 and 24 years old.

Regardless of the motivation or what led Solomon and Jackson to act as they did, it is regrettable that two young men who are still teenagers will spend a substantial part of their lives behind bars.

Anyone who has been accused of assault with intent to commit murder or any violent or serious crime must consult with an aggressive and experienced Michigan criminal defense lawyer at once. Without skilled legal guidance your freedom and future are at serious risk.