On October 18 of this year, 28-year-old Glinda Marie Reelman of Norton Shores pleaded no contest to charges of operating or maintaining a meth lab and meth delivery/manufacture. On December 16, Reelman was sentenced to between 2 1/2 and 20 years n prison by Muskegon County 14th Circuit Chief Judge William C. Marietti, according to news reports at Mlive.com. 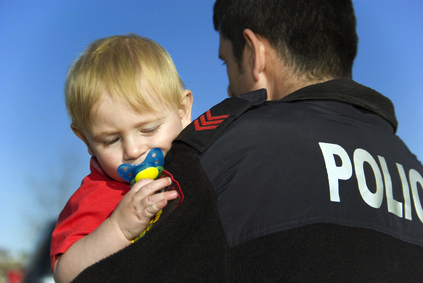 Reelman had two children who lived in the home where she was allegedly running a meth lab. A tip to Child Protective Services led to the lab being busted in July. Reelman’s children were removed from the home once the methamphetamine operation was discovered, according to the Norton Shores Police Department. Police officials said that the meth operation, which was located in the 3100 block of Sheffield Street, was Muskegon County’s largest lab to date.

Child Protective Services requested that police go to Reelman’s home in July to check on the children. Upon searching the home, police discovered components used in making meth in trash cans located outside the residence. WEMET (West Michigan Enforcement Team) was called in to assist with the search. Authorities found 18 inactive one pot meth labs, although they say they did not find an active lab. Some of the components discovered include pseudoephedrine blister packs, lithium battery casings, used coffee filters, and hydrogen chloride gas generators.

Police also confiscated marijuana, two to three grams of meth, and what they called a “considerable” amount of meth oil.

In Michigan, criminal penalties for drug offenses such as manufacturing or distributing methamphetamines are extremely harsh. Depending on the type and amount of illegal substance or narcotic drug involved, penalties may range from probation to life in prison along with significant fines. As lawmakers and law enforcement continue the ‘war on drugs,’ many individuals find themselves locked behind bars, their lives and reputations ruined.

If you have been arrested or charged with meth possession or distributing/manufacturing methamphetamine, contact a highly skilled Michigan drug crime defense attorney immediately. Your lawyer will work to protect your freedom and secure the best possible outcome in order to minimize the damage to your life.