On December 19, 37-year-old Tony Andrew Boyd pleaded guilty to possession with intent to distribute heroin in Flint U.S. District Court. Authorities allege that Boyd was selling heroin out of his home in Burton; he now faces more than two years in federal prison, according to news reports at Mlive.com. 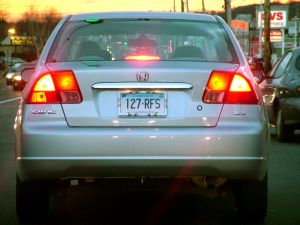 Boyd had a warrant for an incident which occurred in May, when police found he had improper plates on a vehicle. They were conducting surveillance on his home in October when they conducted a traffic stop and arrested Boyd on the outstanding warrant. Upon searching his Lippincott Boulevard home, police discovered drugs and guns.

Court records indicate that officers found a substantial amount of cash and a medical marijuana card upon searching Boyd. The Flint Area Narcotics Group was called in, who then executed a search warrant at the defendant’s home. While searching the home, agents discovered more than an ounce of heroin and numerous guns which included a 12-gauge shotgun, .45 caliber MAC-10 semi-automatic handgun, a rifle, and a 9-millimeter semi-automatic handgun. A warrant was executed by police at a Flint motel, where authorities found more cash and an additional handgun.

Reports indicate that Boyd has been convicted on two previous occasions on drug and gun charges. He is scheduled to be sentenced on April 17.

Perhaps due to the fact that Boyd pleaded guilty to the heroin charges, he received a less harsh sentence than he would have had he pleaded not guilty and gone to trial. The penalties for possession of heroin with intent to deliver in Michigan are extremely harsh. Even when an individual is charged with possession with intent involving less than 50 grams, criminal penalties include up to 20 years in prison and fines of as much as $25,000.

Penalties may be enhanced in some situations due to other factors. These include whether a criminal offense was committed close to a school, park, home, or church, the defendant’s criminal history, and more.

Regardless of the facts of your case, it is critical to obtain the legal guidance and support of a skilled Michigan drug crime defense attorney. Your lawyer will advise you regarding all of your options, and work to have charges dismissed or reduced in order to protect your freedom, career, and reputation. Depending on the situation, it may be possible to prevent charges being filed. Without a capable defense attorney, those accused of drug crimes face serious consequences.