On Monday December 16, charges against Earl Carruthers, a Ferndale medical marijuana patient, were dropped in Oakland County Circuit Court. Carruthers and five other individuals had been charged with marijuana possession and delivery, according to a news article at Sourcenewspapers.com. 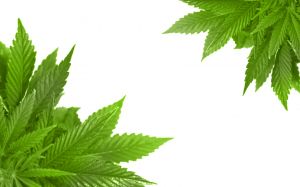 In January of 2012, an Oakland County narcotics law enforcement team raided the Green and Greener Grow Collective dispensary in Southfield. Carruthers and the other defendants which included his brother Ryan, had been accused of being involved in delivering marijuana, conspiracy to deliver marijuana, money laundering, and possession with intent to deliver.

Michael Komorn, Carruthers’ defense attorney, stated that the key to the defense for Carruthers was several patients who testified regarding the process at the dispensary. The process of patients obtaining marijuana at the dispensary involved patients signing an agreement stating they promised to comply with the Medical Marijuana Act, and provide valid documents certifying they were patients. According to Komorn, an undercover police officer visited the dispensary claiming to be a patient. The officer allegedly used fake documents (driver’s license, physician’s certification, and documents indicating Michigan had received an application for a medical marijuana card). Ultimately, entrapment became the focus of the defense; Komorn said that “With entrapment cases, we don’t want a government’s action to create a crime.”

Carruthers said in court that the dismissal of the charges was a huge weight off his shoulders; he praised both the judge, Phyllis McMillen, and his defense lawyers.

Had Carruthers been convicted of the felony charges, all carried penalties ranging from four to five years.

Michigan drug crimes attorneys know the tactics often used by police and prosecutors in an effort to secure a conviction against individuals charged with marijuana possession and other drug offenses. Regardless of the circumstances, it is imperative that those arrested or under investigation for the possession, manufacturing, or distribution of illegal drugs and narcotics contact a seasoned Michigan drug crime defense lawyer immediately. Your attorney will work vigorously to protect your freedom and help you avoid harsh criminal penalties.