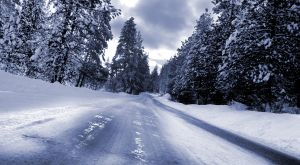 News reports indicate that Adams was charged in connection with a September 2010 accident involving the death of an individual riding a motorcycle; the motorcycle was allegedly traveling at speeds of about 100 MPH when it struck Adams’ vehicle as he was turning left onto a cross street on M-37.

Adams appealed the jail time handed down at sentencing, arguing that the trial court erred in calculating scoring points to determine the length of sentence. The Michigan Appeals Court disagreed, ruling that scoring points were accurately used in determining jail time for the offense by the local court. The appeals court said that the call was “close,” and that if Adams had not been operating his vehicle with intoxicants in his blood, he likely would have noticed the bright headlights of the motorcycle approaching, and would not have turned in front of it. Jeremy Easterbrook, driver of the motorcycle, died from injuries sustained in the accident. The appeals court said that ‘but for’ Adams’ act, the victim would not have died and the accident would not have occurred.

Those who are convicted of a criminal offense often believe that they have run out of options, and that the sentence given them is set in stone. In many situations there are solid grounds to appeal a conviction or sentence, although it is rare that the appeals court overturns a conviction or remands a case back to court for resentencing. The key to success in appealing is working with an experienced and dedicated Michigan criminal appeals lawyer who is highly familiar with the process, and known for securing good results.