Earlier this month, 31-year-old Clarence Ross went on trial for the September 2012 murder of Jheryl Wright in an incident that occurred outside a Quick Stop convenience store. On Friday December 20, Ross was found guilty of solicitation of murder, open murder, and felony use of a firearm according to news reports at Mlive.com. 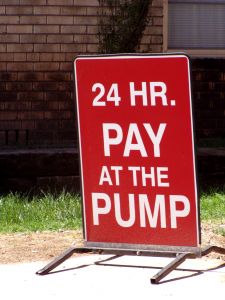 Ross and another man, Duncan Williams Jr., were arrested in December of 2012 in Georgia. Both suspects were arrested in Atlanta by the Atlanta Fugitive Squad and the FBI. Jheryl Wright was 24 years old when he was gunned down at the Quick Stop, located in the 1400 block of Portage Street. Police said the incident, which took place at approximately 3 a.m., was captured on security cameras at the store. Authorities determined who the suspects were through the videos, and help from the public/witnesses. Wright was found on the ground outside the convenience store with several gunshot wounds; he was unresponsive and later died at an area hospital.

Murder is the most serious criminal charge an individual may face. While news reports do not indicate a motive for the shooting, Ross will likely face life in prison after being convicted by a jury for open murder. Open murder is a charge which simply means the jury can determine whether to charge the defendant with first- or second-degree murder.

In Michigan, the maximum sentence for first-degree murder is life in prison. An individual convicted of second-degree murder may face any number of years and even life in prison, depending on the facts of the case and ultimately what the court determines is just in a particular situation.

Regardless of the type of homicide offense you have been accused of (involuntary or voluntary manslaughter, open or first- or second-degree murder), it is critical that you consult with an aggressive and skilled Michigan criminal defense lawyer in order to secure the best possible outcome and protect your freedom.