Michigan drivers license reinstatement attorneys understand the impact to an individual’s driving privilege when that person is arrested and convicted multiple times for drunk driving. Just over a week ago, 41-year-old Jose Robles-Guzman of Lawrence Township was arraigned on charges of a third offense OWI and second offense of driving with a suspended license. In Michigan, a third offense is charged as a felony, which results in harsher penalties than a first or second OWI offense, which are considered misdemeanors. 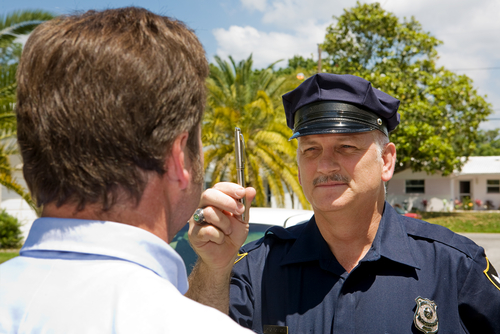 Even though Robles-Guzman is now facing DUI related charges for the sixth time, a third offense is a “lifetime” offense in Michigan, which means the harshest criminal penalties apply.

On September 8, the defendant was found passed out in his vehicle in the middle of westbound I-94, according to a news article at Mlive.com. He had allegedly turned off the ignition and lights, and was passed out behind the wheel when a passing motorist called to report the incident.

According to criminal history records, Robles-Guzman’s past convictions include:

Even after the five-year time span for license revocation has lapsed, there is no guarantee an individual will have his or her license reinstated. Following the 5 years revocation, it is required that the individual apply for reinstatement. Many people assume that after the revocation or suspension period has lapsed, they will get their license back. This is not the case. In order to have a driver’s license reinstated following revocation for a drunk driving offense, the individual must go before the DAAD for a hearing, and even then there is no guarantee that person’s license will be restored. At the hearing before the Secretary of State’s Driver Assessment and Appeal Division there are certain elements that must be proven, and letters of reference regarding an individual’s sobriety are required, among other things. It is a complex process, with no guarantee of winning.

If you or a loved one have had your license revoked or suspended as the result of a DUI conviction, speak with a highly experienced Michigan drivers license restoration lawyer who understands the complicated process, and can help ensure an effective effort before the DAAD.