In December of 2012, Royale Runyon allegedly robbed 26-year-old John Breslin as he walked near College Avenue SE in Grand Rapids, then fired a gun at the victim intending to kill him according to a news article at Mlive.com. Last week, after jurors listened to testimony in the case for three days, Runyon was found guilty of robbery and attempted murder after the jury deliberated just one hour. 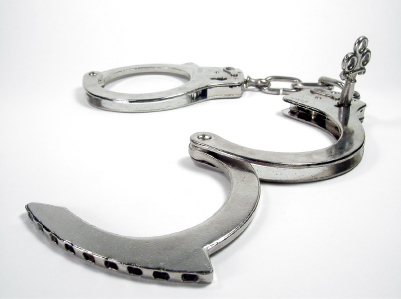 Runyon allegedly approached the victim, then demanded his valuables after threatening that he had a gun. Breslin then fled and went to the first residence which appeared to be occupied. As Breslin cowered in front of the residence, the defendant allegedly fired a gun, the shot missing Breslin and instead going through the door of the home.

Kellee Koncki, Assistant Kent County Prosecutor, presented witnesses which included some of Runyon’s friends and fellow gang members who testified regarding the gun used at the crime scene. Although witnesses were reluctant, they were able to connect the suspect to a stolen Glock-17 handgun, which allegedly matched a shell casing found at the scene.

Runyon was charged previously in the murders of his best friend and his brother last December. Koncki alleges that the same gun was used in both crimes. Runyon is also suspected of using the same gun a day after the College Avenue incident to kill Evevana Monique-Marie Galloway, although charges have not yet been filed in the case.

Jeffrey Kortes, Runyon’s defense attorney, said that several witnesses called by the prosecutor received “sweet deals” in their own criminal cases for testifying against Runyon. Kortes believes that the witnesses simply said what they thought authorities wanted to hear.

Regardless, jurors found Runyon guilty of the charges against him in the span of an hour. Sentencing is scheduled for October 8; Runyon faces a maximum penalty of life in prison.

Michigan criminal defense attorneys would agree that the defendant in this case seems to be prone to violence if all of the allegations against him are true. Still, it is always sad to see someone who is so young potentially face a lifetime behind bars. Attempted murder and robbery are both extremely serious crimes, however not every case ends in conviction, particularly when the accused has a skilled and aggressive defense lawyer.

If you or someone you know has been accused of a serious or violent crime, it is critical to speak with a highly qualified Michigan criminal defense lawyer immediately.