At approximately 11 p.m. on Wednesday September 18, police received what they described as a “deluge” of calls related to an elderly woman being beat up by a man at a Super 8 Motel parking lot on Little Mack. The 35-year-old man, Thomas Gulas, allegedly severely beat his own mother after the two became involved in an argument about the use of her car. 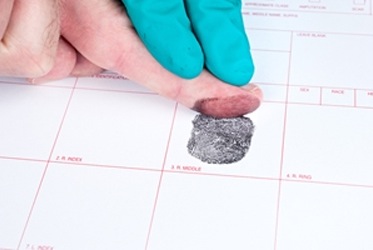 According to a news article at Mlive.com, the man began to beat his mother in the face and head, knocking her to the ground after the two argued about his using her car. Roseville police said in a statement that the suspect had apparently demanded that his mother let him use her car after calling her for a ride from the Super 8 Motel. When she refused to let him have her car, he became enraged and beat her.

Witnesses who saw what they called a “violent temper tantrum” told police that the man’s rampage continued after he had assaulted his mother, and that he then began kicking in the windshields of other cars in the parking lot, breaking off side mirrors, and jumping on top of the vehicles, damaging six of them before fleeing. The suspect was located nearby by police, and arrested.

On Thursday Gulas was arraigned on charges of assault and malicious destruction of property. A news article at the Detroit Free Press indicated that Gulas was concerned about his mother, and requested that he be freed from jail. Gulas was ordered held on a $150,000 bond by Roseville 39th District Judge Catherine Steenland.

Gulas’ mother was listed in critical condition at an area hospital; police stated that it is not known if she will survive her injuries.

After pleading not guilty to the charges, Gulas’ preliminary examination was scheduled for October 2.

Michigan criminal defense attorneys would agree this is a bizarre case; while it seems the defendant has an anger problem or perhaps was under the influence of drugs or alcohol, he may face up to 10 years if convicted of assault with intent to do great bodily harm less than murder. The malicious destruction of property charge will likely leave Gulas facing additional criminal penalties if convicted.

Regardless of the situation and how heinous it may seem, every individual in the country has the right to be represented by an attorney. If you or a loved one have been accused of committing a serious or violent crime, take action immediately. Consult with a capable and aggressive Michigan criminal defense lawyer who will fight to win your freedom, and protect your legal rights.