On Thursday September 19, a Jackson man thought to be in his 30s was arrested after officials with JNET (Jackson Narcotics Enforcement Team) discovered an alleged methamphetamine lab inside a Bates Street home, according to a news article at Mlive.com. The man’s name was not given in the article, however JNET Lt. Dave Cook did say he expected the suspect would be arraigned on charges of maintaining a methamphetamine lab, possession of meth, and possession of components used to manufacture meth. 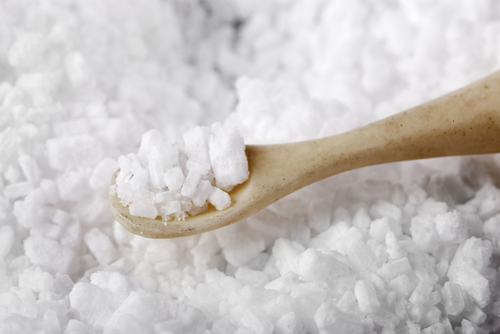 Authorities said that after responding to a tip regarding a potential meth lab on Thursday evening, they went to the home located at 332 Bates Street and found the suspect to be in possession of methamphetamine and other components, including needles. Upon arriving at the residence, JNET officers knocked on the door; a woman answered, telling the officers that “there might be stuff in the basement,” according to Cook.

Upon searching the basement of the home, officers discovered coffee filters, lye, acid, and other components used to make meth. Police also said that while inside the home, a vehicle pulled up to the house containing the alleged suspect and a white male. According to Cook, the suspect is a previous offender. Lithium batteries and petroleum were located in the vehicle, a gray Buick CX. Police also said that the suspects’ shoes and pockets contained methamphetamine and components.

Substances were confiscated by JNET, which also cleaned up the lab. All of the evidence confiscated will be taken to a secure facility, according to the article. Police also expect the woman who came to the door will be charged in the case.

Michigan drug crime lawyers know the criminal penalties for operating or maintaining a drug lab are extremely severe, and may include up to life in prison depending on the type and amount of substance involved. For example, drugs and narcotics classified as Schedule I or II substances may leave the accused individual facing up to 20 years in prison for amounts less than 50 grams. Substantial fines may apply as well. Even those drugs which are exempt from these penalties may leave you facing fines of up to $10,000 and 7 years in prison.

If you have been arrested or charged with any drug offense including marijuana possession or drug cultivation and manufacture, consult with an experienced Michigan drug crime defense attorney right away.