A South Bend, Indiana man is facing federal charges in connection with several bank robberies which have taken place in Indiana and Michigan, according to news reports at Mlive.com. 59-year-old Dennis Carl Love was recently arraigned on two counts of felony firearm, one count of carrying a concealed weapon, and two counts of attempted bank robbery. Love was arrested December 27 after police received assistance regarding the suspect from an Allegan County bank teller. 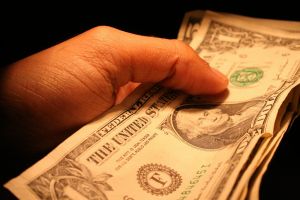 According to federal investigators, Love was observed on December 27 putting on clothes and a “costume mask” by bank officials, who locked the doors and notified police. The bank teller provided police with information which led to the arrest of Love, including a vehicle description and plate number. Upon locating the vehicle, a Plainwell Public Safety officer pulled Love over, discovering a concealed handgun in the process.

Court documents filed in Grand Rapids U.S. District Court state that Love is facing federal charges. Love confessed to a bank robbery in Indiana, one in Berrien County, and an attempted bank robbery in Indiana according to FBI Special Agent Paul Woodberry. A complaint filed in federal court states that the defendant made off with over $6,000 in the robbery of the Honor Credit Union in Berrien Springs in September of last year. Love is also accused of robbing the Farmers State Bank in Leesburg, Indiana in July of last year.

The PNC bank in Martin is where employees became suspicious and locked the door before alerting police, leading to Love’s arrest.

Robbing a bank is a federal crime, which means those accused will face harsh penalties if convicted. While no mention was made regarding whether Love insinuated the presence of a weapon, armed robbery is an even more serious crime, leaving those convicted potentially facing life in prison.

If you have been accused of armed robbery, home invasion, carjacking, or any serious or violent crime, it is critical to obtain the legal guidance and support of a seasoned Michigan criminal defense lawyer right away.