Many people are not aware that if they are convicted of a misdemeanor or felony offense, they have the right to appeal their conviction. A conviction is not “the end of the road.” However, it’s also important to note that winning an appeal is not easy, and in fact rare without the guidance of a highly skilled Michigan criminal appeals attorney. 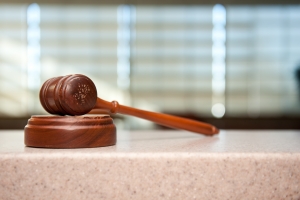 First of all, an appeal is not a “second trial.” Appeals court judges will not review the evidence in an effort to determine whether the jury or judge was right or wrong. An appeal is a process in which a panel of judges determine whether legal errors were made, evidence prohibited should have been allowed at trial, the jury was not properly instructed, or other “errors of law” were made.

There are two types of appellate rights, an automatic right to appeal, and leave to appeal. What is the difference?

Those who have not pleaded guilty or no contest to a crime but who have gone through trial and been found guilty have an automatic right to appeal. Essentially, the Michigan Court of Appeals must consider your arguments, whether improper evidence was admitted, a judge erred in instructing the jury, or due to ineffective counsel, etc.

Those who pleaded guilty to a crime may request a leave to appeal. With a leave to appeal, the court is not required to hear your case. A leave to appeal may be requested when you feel a legal error was made. Unlike with a trial in which a defendant was convicted by a jury or judge, the appeals court does not have to consider your claim.

A unique type of appellate motion is a 6.500 motion, which may be filed only one time and is a motion which allows a defendant to challenge a conviction based on reasons such as newly discovered evidence, ineffective assistance of counsel, or other arguments which have not already been used in an appeal. Because a 6.500 motion can only be filed once, it is critical to have a lawyer who is familiar with the process and understands the importance of a well researched and written brief, and the arguments which will or will not be effective before a panel of judges.

Appellate matters can be confusing to say the least. Regardless of your situation, discuss your concerns with a highly experienced Michigan criminal appeals attorney.