Reid Cook Hanson, a 36-year-old Grand Rapids Township man, was recently sentenced to four to 25 years in prison for robbing a Circle K gas station and convenience store located at 514 Michigan St. NE. Reid admitted to robbing the station on September 26, saying it was “the dumbest thing I’ve ever done in my life.” Reid was intoxicated at the time. 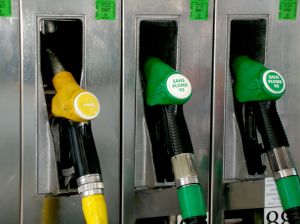 News articles at Mlive.com say Hanson’s decision to rob the Circle K was spur-of-the-moment. He also insinuated the presence of a gun using his hand inside a pocket of his jacket while demanding money from a clerk. Employees were aware Hanson was intoxicated, but were not sure whether he was joking. Hanson’s defense lawyer said that store employees complied with his client’s demands for safety’s sake.

Hanson was apprehended the following day after fleeing the convenience store with an undisclosed amount of cash. At the sentencing hearing on January 6, Hanson’s attorney told Judge James Robert Redford “This was one of the dumber robberies I’ve ever seen.”

Hanson pleaded guilty to assault with intent to rob while armed. He apologized for his actions, telling the court that he occasionally has issues with substances.

Assault with intent to rob while armed is a felony offense in Michigan, punishable by any number of years up to life in prison. As the defendant admitted himself, this was a “dumb” mistake likely made due to the fact that he was intoxicated. Now he will spend at a minimum four years of his life behind bars, possibly 25.

Individuals who are accused of unarmed or armed robbery must consult with an experienced Michigan criminal defense attorney at once. A dedicated lawyer will review your case, examine the evidence, and work with you to determine the most effective course of legal action in order to obtain the best possible outcome. Should your case go to trial, your attorney will develop the strongest, most effective defense strategy in order to protect your freedom and help you avoid harsh criminal penalties.