In July, 41-year-old Cory L. Thompson of Detroit was found guilty on numerous drug charges after being arrested for dealing heroin in Bad Axe. Now, it appears that Thompson will spend at least 13 years in prison following his sentencing hearing last week. 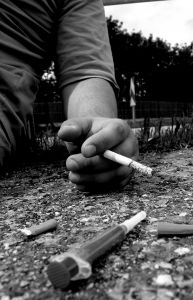 Thompson was arrested in January of this year in Huron County, closely on the heels of seven drug overdoses the majority of which were believed to involve heroin, according to a news article at Ourmidland.com. After receiving a tip the defendant was bringing heroin into Bad Axe, police and the sheriff’s office worked in conjunction in the investigation into the allegations. Law enforcement officials pulled Thompson over in Bad Axe as part of the investigation, and arrested him after finding heroin, crack and powder cocaine, and a loaded handgun in his vehicle.

Thompson, who was on parole at the time of his arrest for felony convictions of carjacking, armed robbery, and weapons/drug violations, was lodged in the county jail on a $300,000 bond. Thompson’s original bond was $100,000, however Huron County Magistrate Jessica L. Testolin raised it after prosecutors argued Thompson was a danger to society as well as a flight risk given his criminal history.

Thompson’s jury trial resulted in his being found guilty on one count of possession with intent to deliver heroin, two counts of delivery of heroin, one count of possession with intent to deliver cocaine, three counts of felony firearm, and one count of being a felon in possession of a firearm. The defendant’s lawyer requested the court be lenient in his client’s sentencing, however the judge in the case noted that because three of the charges dictate a 10-year sentence under Michigan law, the court did not have much jurisdiction in sentencing.

The defendant must continue to serve his parole time before beginning to serve three concurrent 10-year sentences for the current charges. Following the completion of the 10-year sentences, Thompson will remain incarcerated for at least three years and two months for the other convictions.

In the state of Michigan drug offenses are punished harshly as the war on drugs continues. Michigan drug crime defense lawyers are fully aware of the aggressive tactics police and prosecutors use in their efforts to “crack down” on drug offenders.

It is critical that anyone accused of possessing, distributing, or manufacturing illegal substances such as cocaine, heroin, or marijuana consult with a seasoned Michigan drug crime attorney immediately. The consequences of a conviction are far-reaching, and impact the accused individual’s life in many ways other than jail/prison time and fines.