44-year-old Tracey Anne Booth of Hastings was arrested during the last week of January for allegedly slapping her pregnant daughter while in a drunken state, according to news articles at Mlive.com. On January 30, police were called to the 1000 block of East Mill Street at approximately 8 p.m. after receiving a domestic violence complaint. 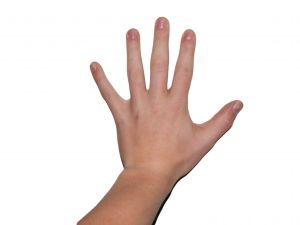 The woman’s daughter is 17 years old and pregnant; according to police, she told officers her mother assaulted her. Tracey Booth told police that she slapped the back of her daughter’s head because she was being disrespectful.

A preliminary breath test was performed and indicated that at the time of the incident, Booth’s BAC (blood alcohol content) was .18 percent. Although Booth was not operating a vehicle, this is more than twice the legal limit of .08 for motorists in Michigan. Booth was arrested and charged with domestic violence.

Many people associate domestic violence with arguments and physical violence that occurs between spouses or partners who live together. The fact is, an individual may be charged with this misdemeanor criminal offense when the altercation involves a resident of the household.

Domestic violence may be charged as domestic assault or aggravated domestic assault. With domestic assault, the victim does not have to be injured to bring charges against an alleged perpetrator. If it is the defendant’s first offense, he or she will face criminal penalties which include a $500 fine, up to 93 days in jail, or both if convicted. A conviction will also result in a criminal record which can impact an individual’s career, future employment opportunities, and other aspects of his or her life.

Allegations of domestic violence should be taken seriously in order to avoid potential ruin of your reputation and career, and harsh criminal penalties. If you or someone you know has been accused of domestic assault, contact a talented Michigan criminal defense attorney immediately. Your defense lawyer will work vigorously to protect your legal rights and freedom and secure positive results.